23 replies to this topic

In this thread, the WCO team will announce any announcement (what a surprise) such as sanctions to players or other worthwhile messages from the WCO team.

The following players were denied entrance to the WCO 2019-2020 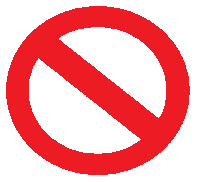 The following players did not submit a proper registration, but are given, for now, the benefit of the doubt. *

Both will have to sign it prior to playing their first game, otherwise will be removed

*In future WCO's, an incomplete or lack of alias register post may lead to immediate removal instead. The following players have chosen to withdrawl from the WCO:

The following player has been removed due to not signing the alias register & not giving any signs of life:

Recently KARAISKAKIS has announced that he is stepping down from his online activities and as an online player.

Over 5 years ago he was one with a vision of how the WCO should be a tournament here on www.stratego.com.
He saw this tournament come to live and grow over the last 5 years as a founder and organizer.

The WCO team would like to thank KARAISKAKIS for his valuable contributions to the online community and the WCO specifically.

We will not be doing "The Wizard" this year unlike what we announced in the rules & sign up thread.

@Maxroelofs: we currently cannot send you a match invite due to a filled up mailbox.

The following player receives a yellow card due to poor communication / effort in round #3 game vs. Tobermoryx

The WCO team would like to remind players that times have changed by an hour. Players from NL (Like me) were GMT +2, now GMT +1. Keep this in mind when scheduling your matches.

The following player receives a yellow card in round #4 in a game vs. Capt. gunter due to:

- Not following instructions from the WCO team given in round #3

Considering this is his second yellow card, he also will be removed from this WCO.

Sem van Geffen has chosen to withdrawal from the WCO.

Players Grizzlybear and spion... has chosen to withdrawal from the WCO

Due to a massive mistake on the side of the WCO team, the match udesab - AWFly was not played; the players only had a few days to play the match which did not happen.

As a result of this, this match has been scored as 6:6 as we felt it would be unfair to those individuals to make it 3:3 after a mistake from the WCO team, leading them to have +- 80% less time to play.

Player maxroelofs has been taken out of the tournament due to violation of rule 11 of the WCO rules relating to the correct administration in the Alias register.

vspy13  could not be added to the game thread in the game versus gkaros.

Could you please check your inbox and clear it?

Dear community,
During the 4th round of WCO #5 (2019-2020) the WCO team made a serious error during the postings of one of the matches. The WCO is known as a hard, but fair, organisation. Keeping this in mind, we take the blame for the game AWFly - udesab.
Yes, the participants could have been more pro-active and all that, but ultimately, the mistake came from our side and we not only take our responsibility for that, but also would like to apologize to all participants and observers.
During all editions of the WCO, this is a scenario, in +- 1100 games, this is an exceptional scenario.
Ultimately, our decision was that the WCO team takes the blame for the mistake made and does not wish to take away points from the players. We could easily rule it 3-3, but we feel this takes away 3 points from both players, who were (greatly) deprived of the possibility of playing, due to our mistake.
Yes, the 6-6 will have some (small) effects on buch, pairings etc. We were faced with two evils; being mathematically incorrect, or being morally incorrect. We chose to be mathematically incorrect and hope and trust that everyone - while everyone dislikes the situation caused - will understand and respect the decision made. After 1000+ WCO games, a slip-up was bound to happen.
With 5 more rounds to go, we feel confident in that all players will end up where they, approximately, belong in the final standings.
Last but not least, we also would like to thank our vocal community for sharing their concerns and sharing thoughts on how to deal with the issue at hand. As WCO team, we have discovered yet an other "unforeseen situation" that we will attempt to not only avoid, but also set a procedure for in stone should it happen again.
The WCO Team
(Morx, Texaspete, Nortrom)
Any feedback/discussion here please

From this moment onwards, we will include a brief reason for adjudication.

If something unforeseen occurs that doesn't fit in either of those categories, we'll come up with something new.

All WCO round #5 games have been played, meaning that the next WCO round will be starting swiftly, giving players slightly more time

Vspy13 has withdrawn from the tournament, meaning as of round #7, he no longer is a participant.

GaryLShelton has withdrawn from the tournament, meaning as of round #8, he no longer is a participant.