28 replies to this topic

Is it possible to get an update of round 2 till this point, especially tables 4,8,9,10 and 18? I would include table 6 but already know this result...although I'm sure many others would really like to know the outcome of this match.

We'll strive to share an update each week (half of a round), it may be a day or two earlier/later or be completely ad-hoc.

While we will be doing a different contest this time, the WCO team does not want to deprive people of their prediction skills. Some seem a little bit rusty as no one managed to guess all 7 chosen matches in one specific round correctly.
We will be announcing round 3's contest soon™ (aiming within 2 days) but here are the games we would have chosen otherwise, you may freely discuss your picks but these are for fun exlusively.
NAPOLEON 1ER

Results of this round thus far: 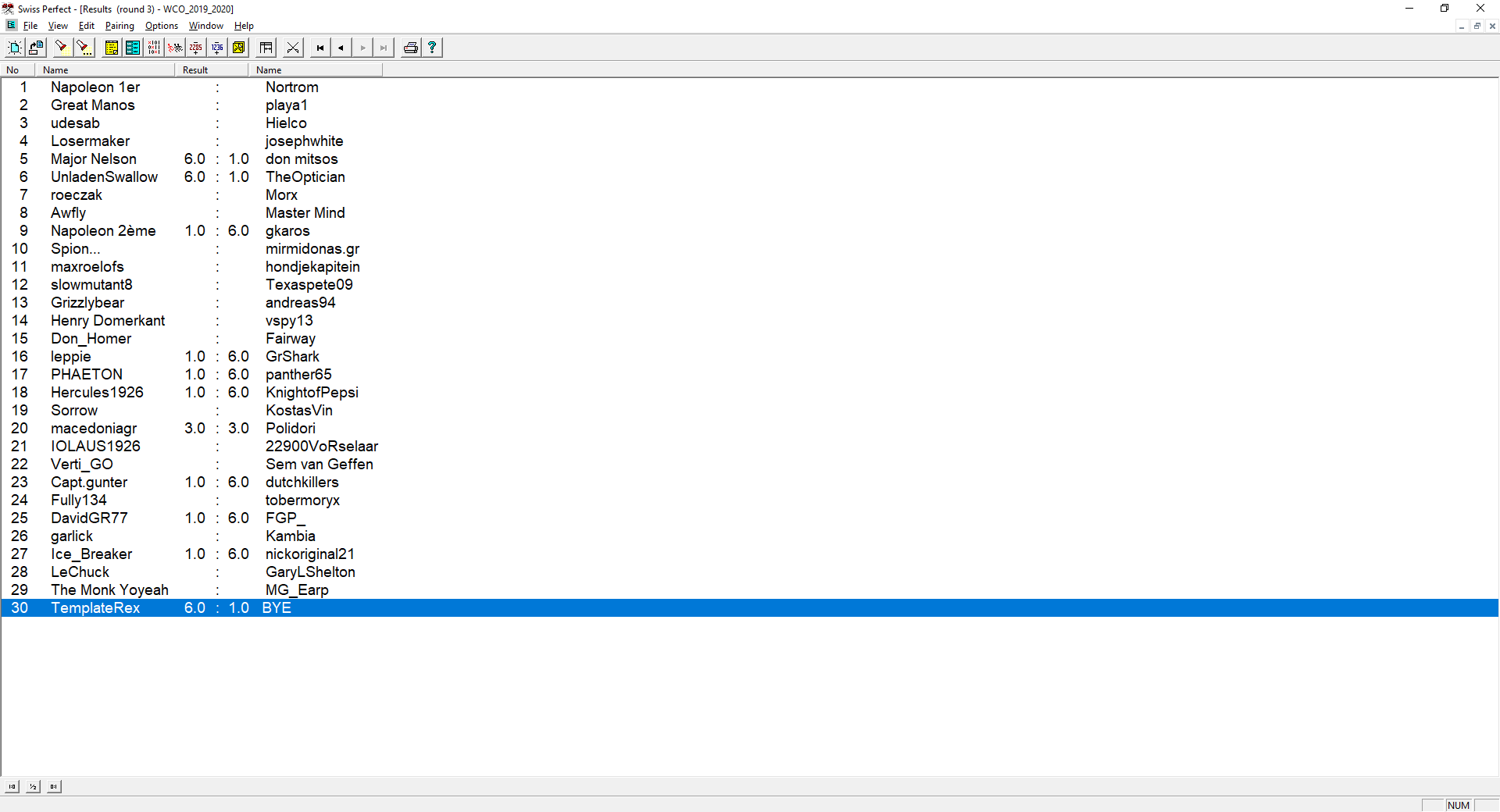 have you got updated standings?


Live by the fable rule book or perish without it. 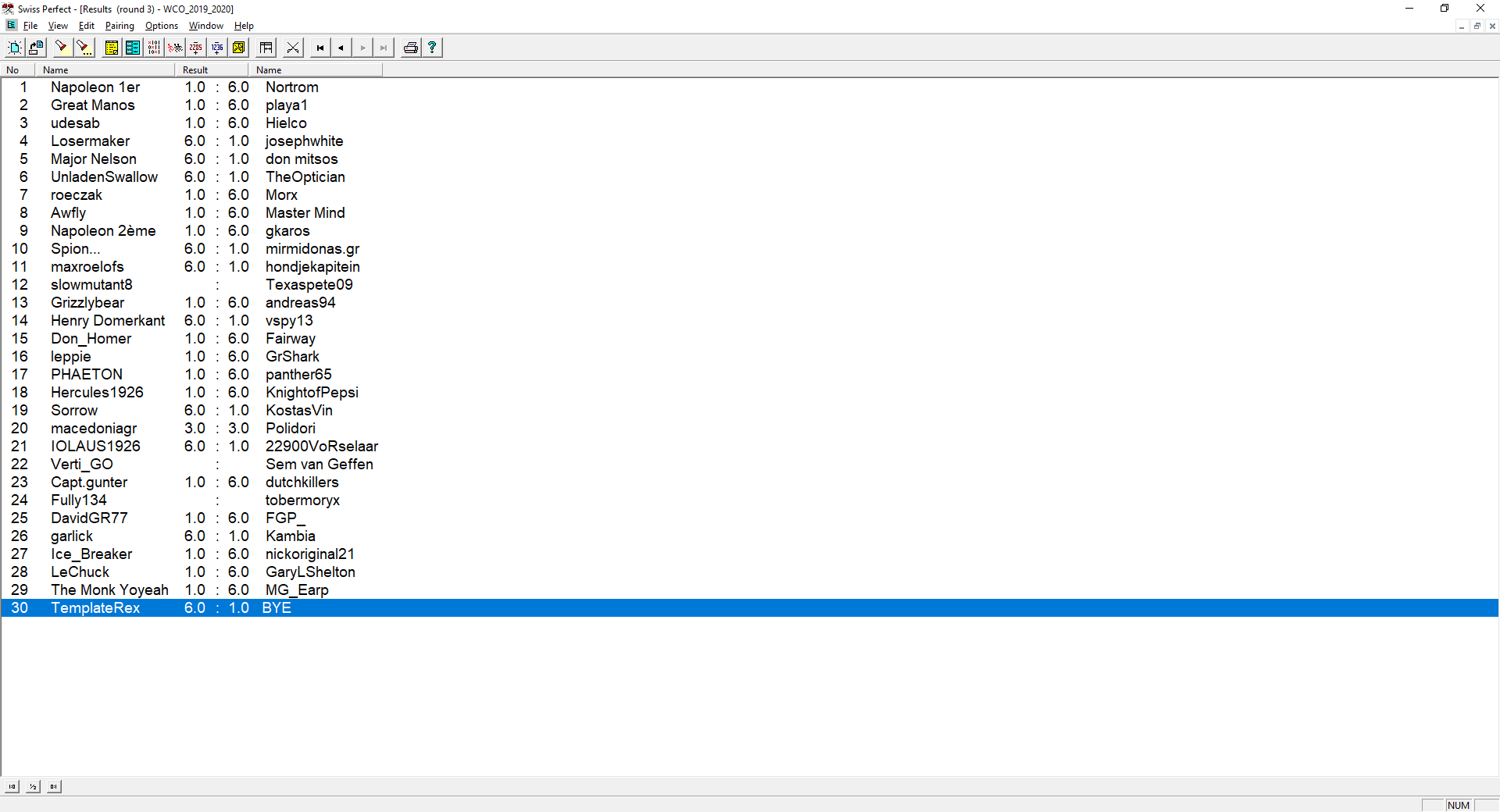 WCO Contest #4 can be found here
We are taking a look at the featured matches:
Morx

In WCO #1, Morx managed to get a crucial win off of Hielco, will he be able to repeat history?
gkaros

Roeczak recently won the Greek national live championships. Will he be able to continue his victorious mood or will Maxroelofs put an end to it?
Texaspete09

A clash between players originally from US. Who will win the battle for the white house? WCO
Josephwhite

Josephwhite and Fairway seem to be, on paper, an interesting match too. Josephwhite was the only one taking points off from Hielco in a recent TC tournament, but Fairway has been displaying some impressive wins too.
GaryLShelton

Lots of US players chosen for this contest, so GaryLShelton we couldn't leave out. He will be taking his forces up against Hercules1926, will it be a victory for the US side once more? Do you feel more confident in Hercules1926? or predict those two players will play a draw?
Napoleon 2ème

We find this match hard to predict too, Napoleon 2ème hasn't been too lucky with his pairings thus far, and being paired up against garlick definitely will prove to be quite a challenge too. What do you think?