No replies to this topic

Dear players,
Here are the results of the WCO 2018-19 feedback survey:
Q1: MATs
Most players found MATs to be needlessly complex and prefer an overall judgement based on effort, but some did see the potential value in it when dealing with opponents from different continents.
Q2: Dropouts and removals
Most players feel sympathetic towards personal reasons for a dropout, however, a general consensus is that there should be done at least something. We (WCO) should probably discuss something together with TC.
Q3: Being more strict against players that withdraw
This goes well with Q2

Q4: Events
A majority of players seemed to have somewhat missed "The wizard" but did, generally, approve of the fantasy league too. 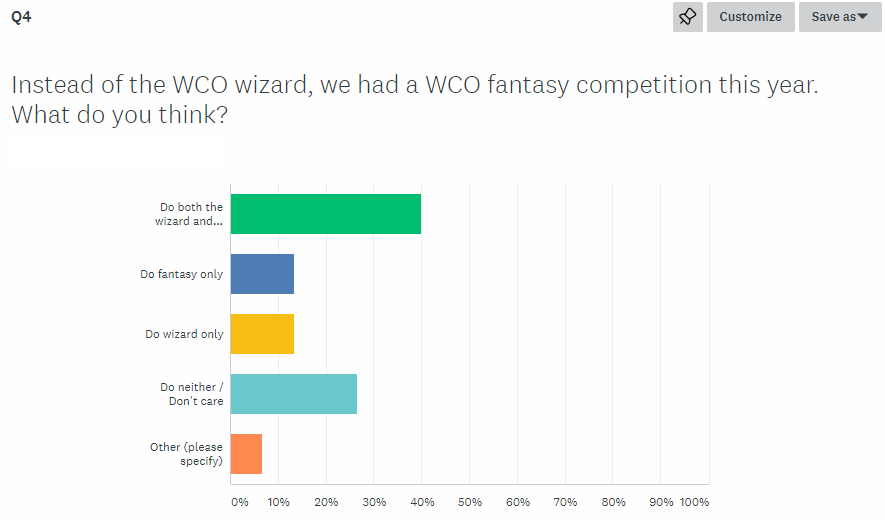 Q5: One time grace
The one time grace seems to be liked by a vast majority of the players. 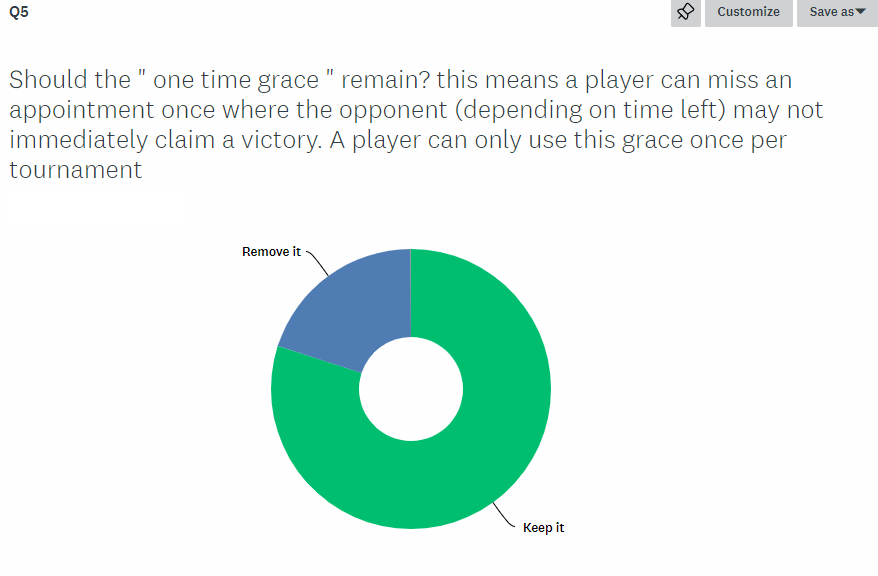 Q6: Removal due to inactivity
A minority is in favor of removing a player after one round. There seems to be a mix of letting someone sit out for 2 rounds or/and letting this be decided by the judgement of the WCO team. 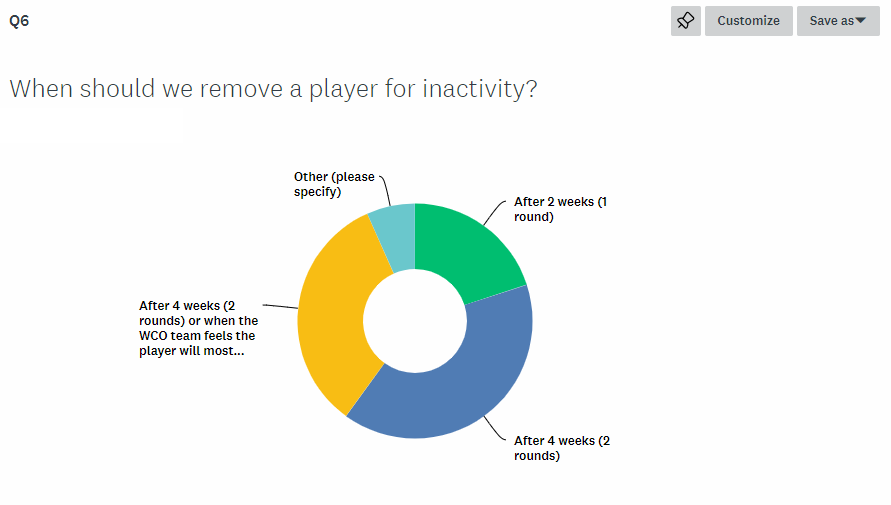 Q8: Playing again
Most players were interested in playing again, some of those even signed up for our WCO registration notification. If you want to receive such a PM too, please let us know. No player stated that they would not participate 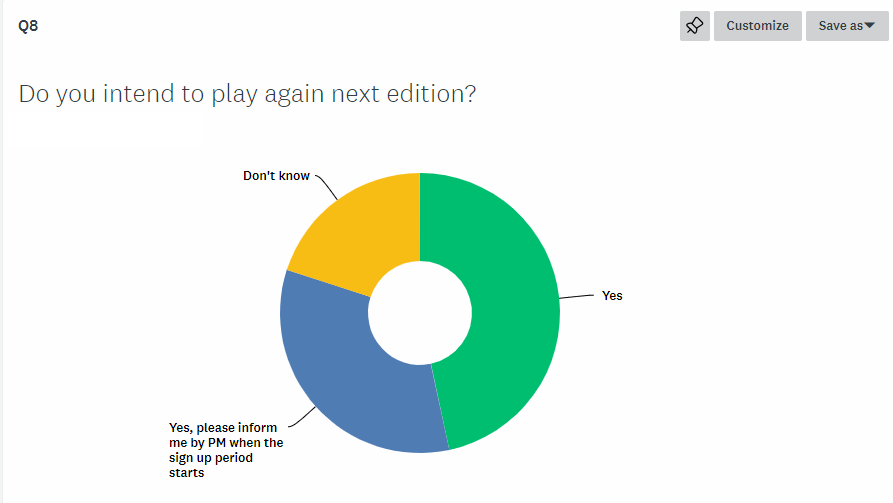 Q9: Other feedback
This included:
- Nothing
- Not running the fantasy league by one WCO member
- Division structure
- Best relative results
- More newspaper articles
Q7: Rating the WCO team
No lower mark than 6 had been given. Of course, we would have liked all surveys to be filled in with 10 hearts

but this leaves room for improvement

Special thanks to KARAISKAKIS, Morx, TheOptician and Astros.
Thanks to those who took their time to fill in the survey. Your feedback is important to us. Eventually we become blind to things we could/should do better and it is always nice to hear about those things in a constructive manner.
See you next edition!
WCO Team 2018-19
(KARAISKAKIS, Morx, TheOptician, Astros, Nortrom)