Ah I have this one. I believe the shoreline bluff is the best way to go with only 3 rows. I have never played it with the abilities just regular classic rules. 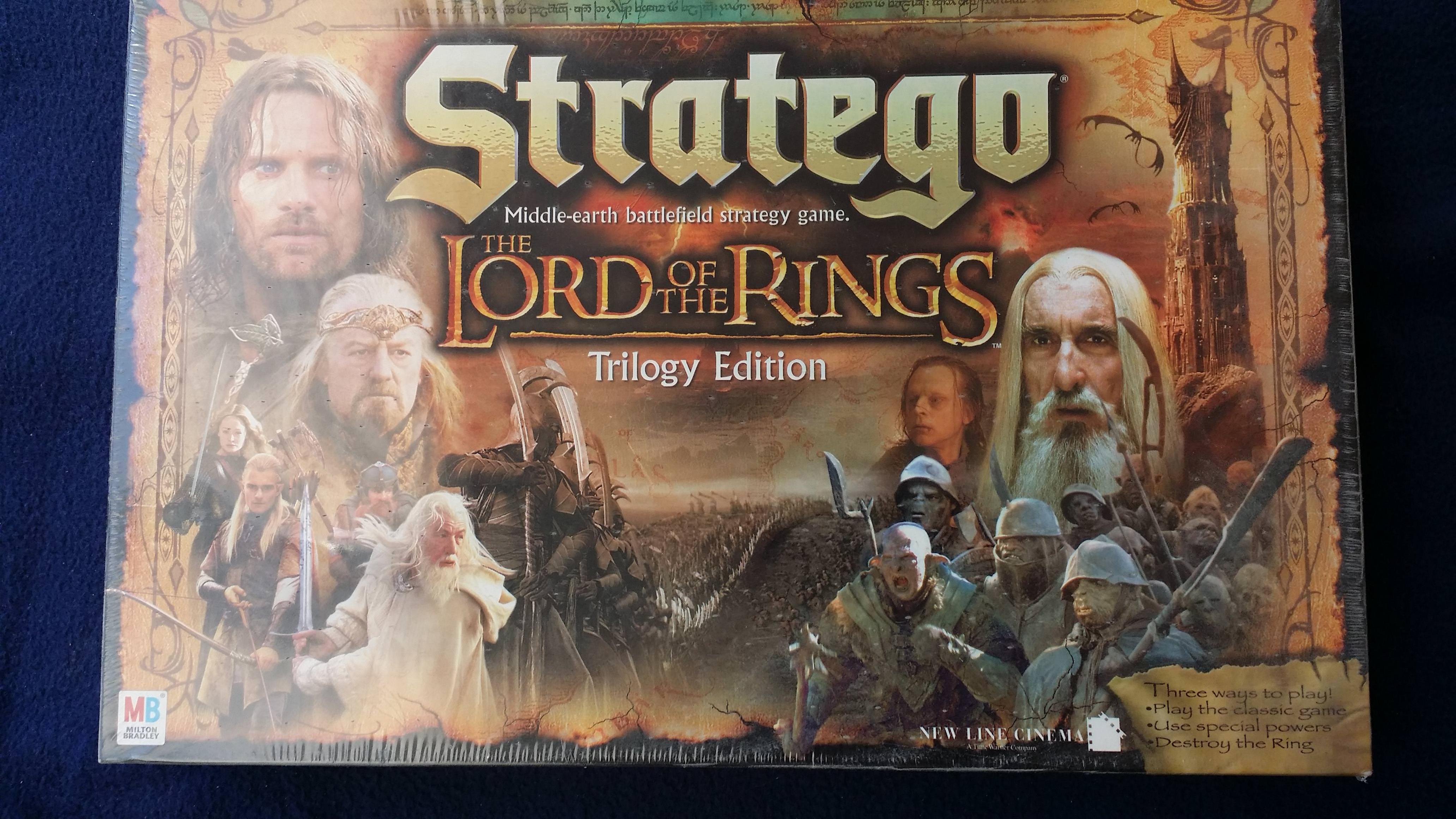 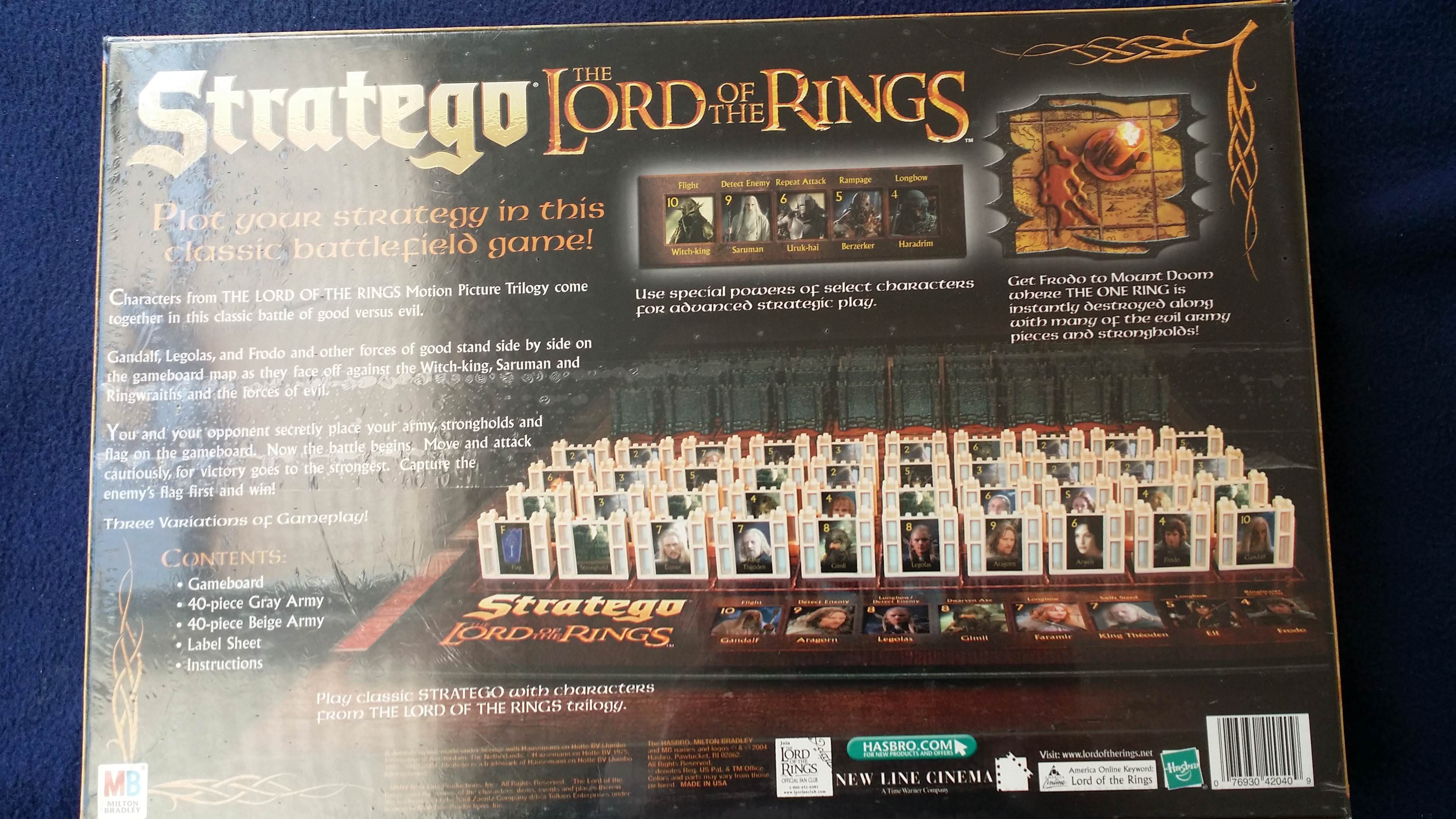 Gandalf, Legolas and Frodo vs Sauron and Saruman? Sounds good. I never played it, but I have seen the movie and read the books. Not sure if that helps with playing this game though. The fact that it is a trilogy edition does seem to suggest it does though. 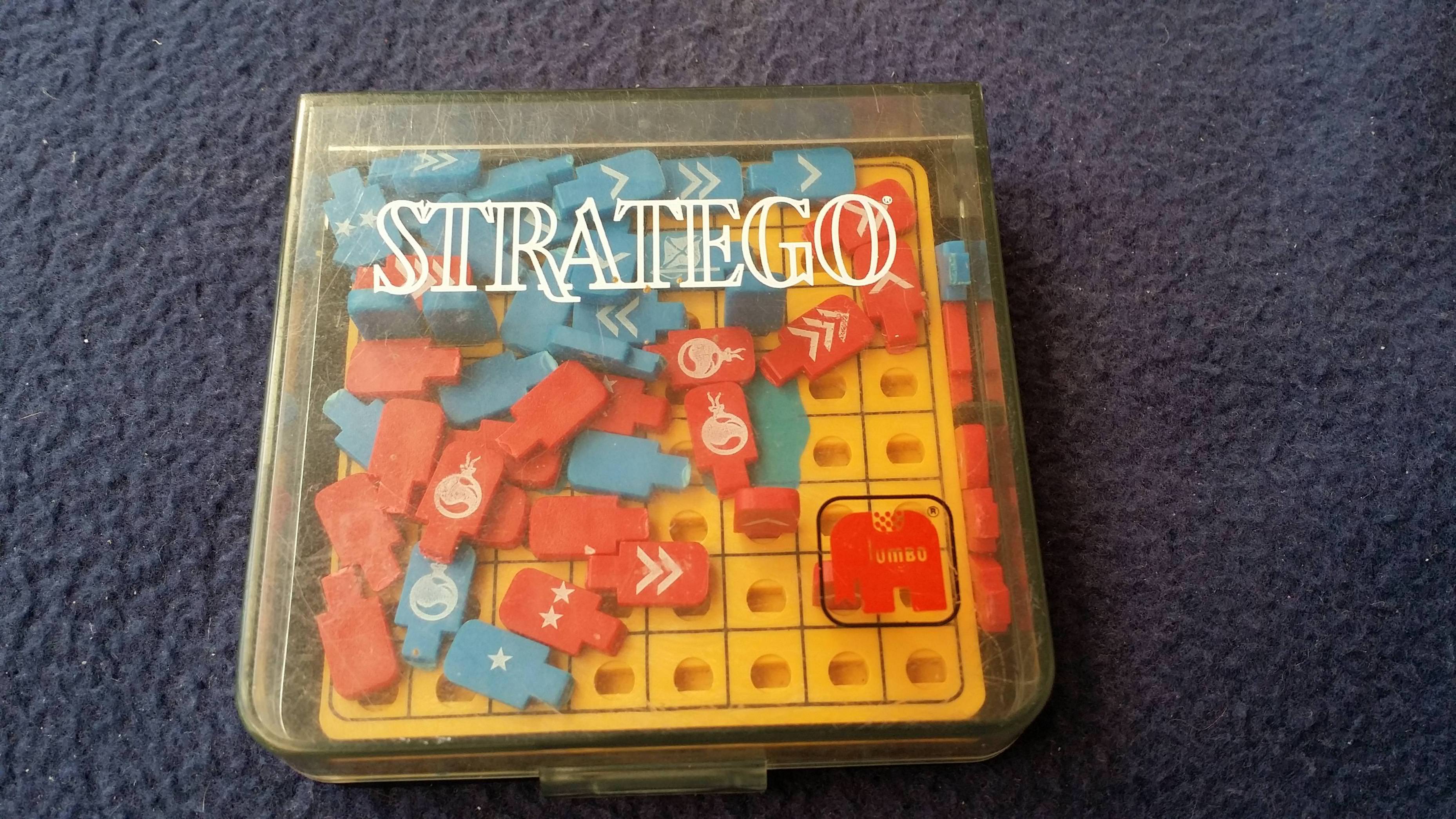 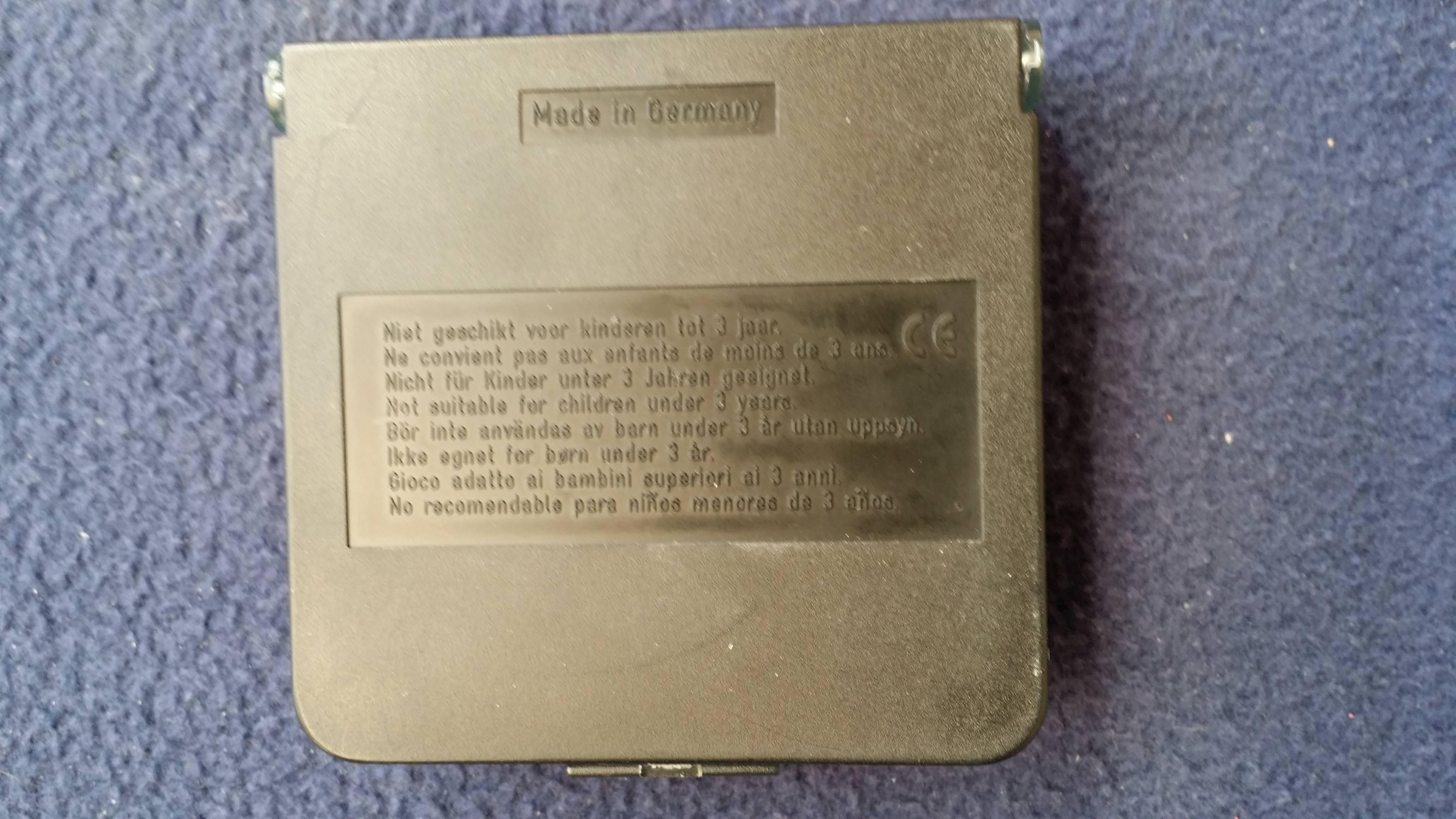 OK no more dragons and wizards for now. This is the version of the mini Stratego that Master Mind promised us much earlier. He gave it to me on the live tournament held last weekend and he did the hard job of putting all the pieces in correctly.

As you can see the car ride was wild, they went out again. Most important about this version is that the message on the back is different. Both mini sets I own are Made in Germany.

This whole topic is wonderful.  I'm only sorry Morx doesn't have my old Milton Bradley American version favorite in his collection.  I should mail you one, Morx.

See the kids playing it here in this old, old TV commercial.  (Yeah, I remember seeing it as a kid.)

They are really mixing things up in the commercial, though.  There were two different Milton Bradley sets used in the commercial, an older one and a newer one.  If you look at the blue flag at the 20 second mark, it is the old piece type. But, at the 24 second mark it magically is a newer flag. Check it out. There was an older version from the early 60's and the newer version from either the late 60's or very early 70's.  All the pieces were made "sharper" in the newer set.  The flag really shows what I am talking about between the two printings.

@Gary: that box is an amazing one indeed. I did have some bids on it on ebay many years ago just to get one, but for some reason it never happened.

The whole advertizing is from a different era, the front pic of the box feels more 1960s than 1970s, but then again I guess it was made some time earlier before it came out. 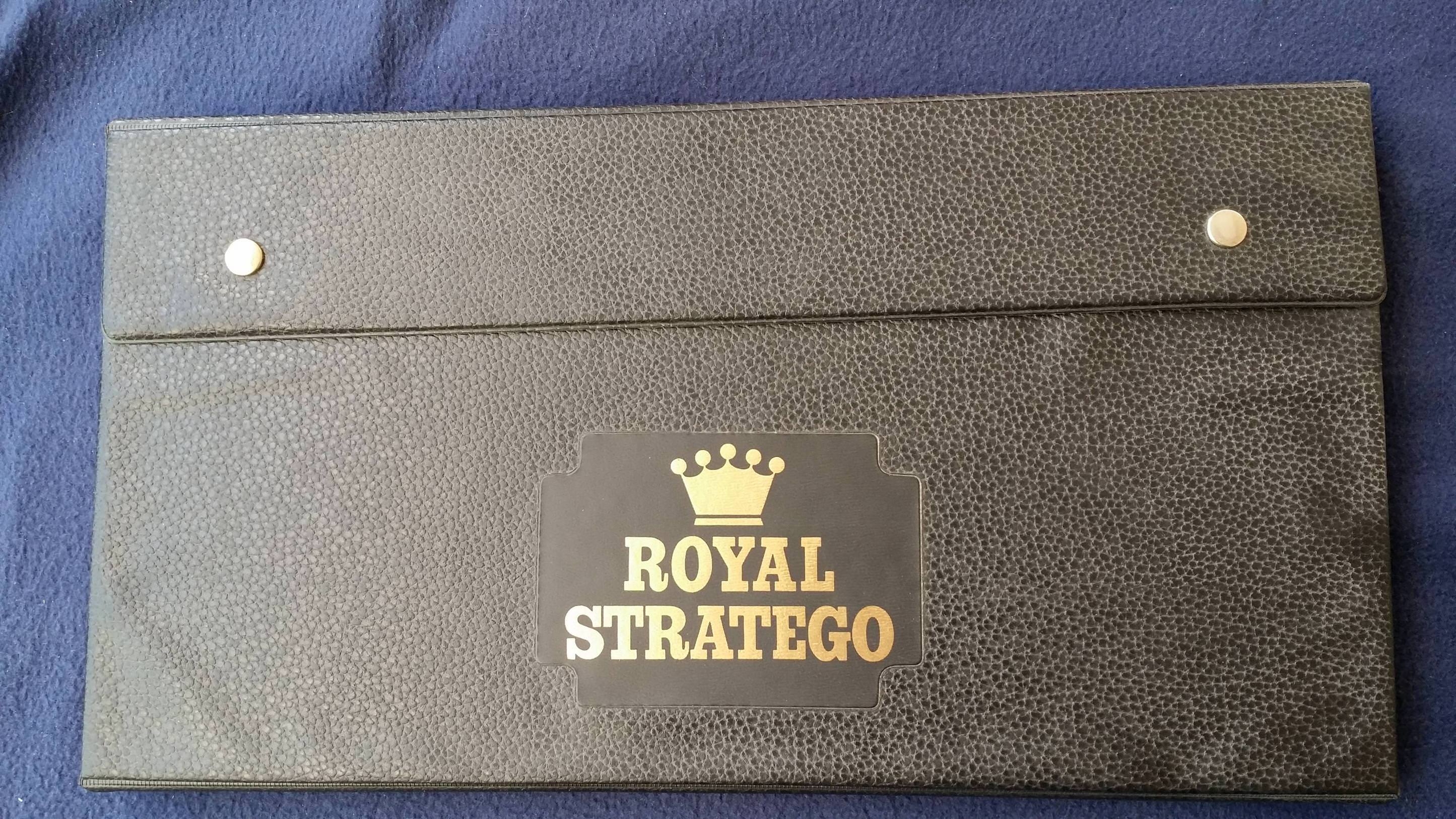 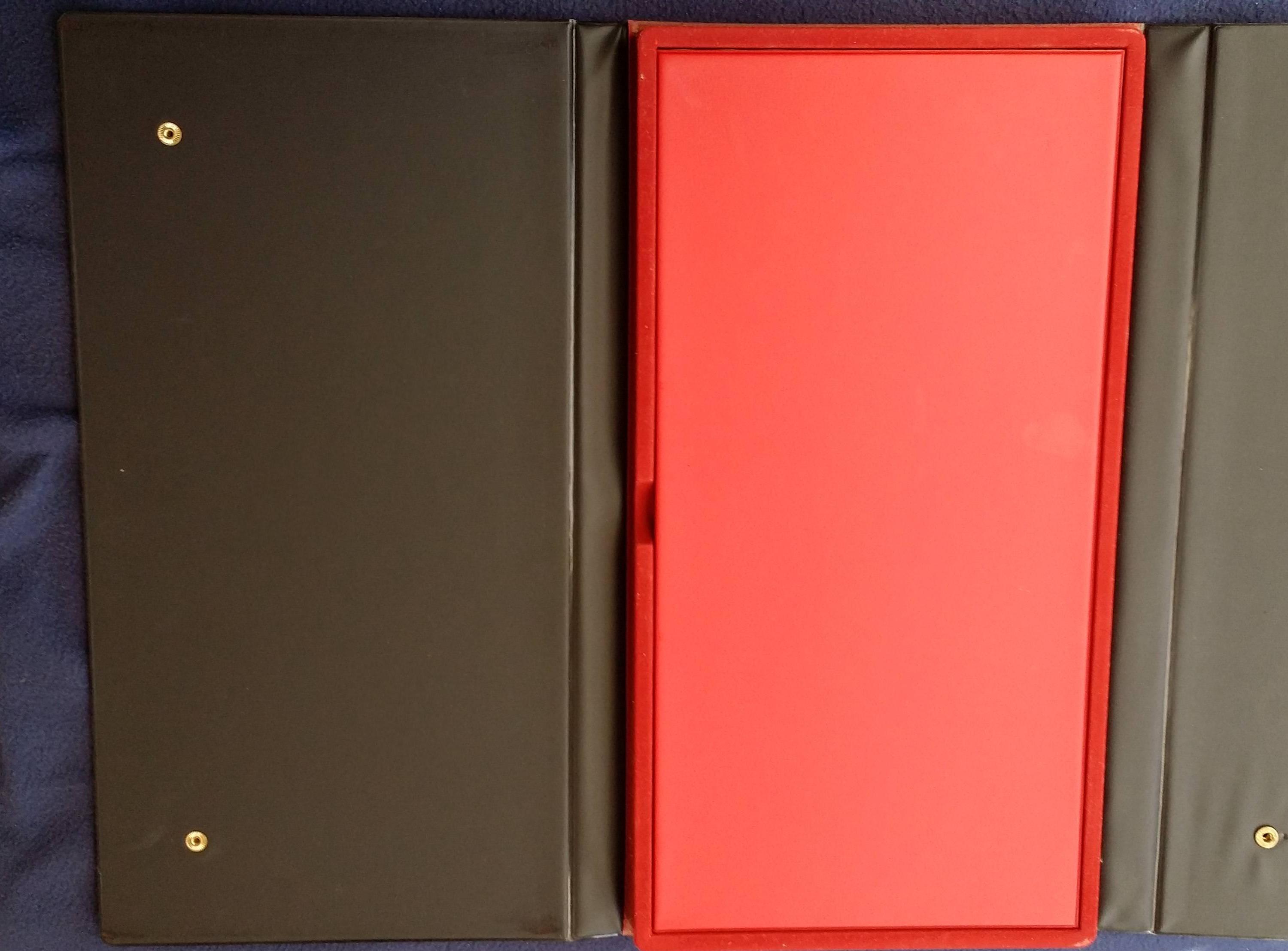 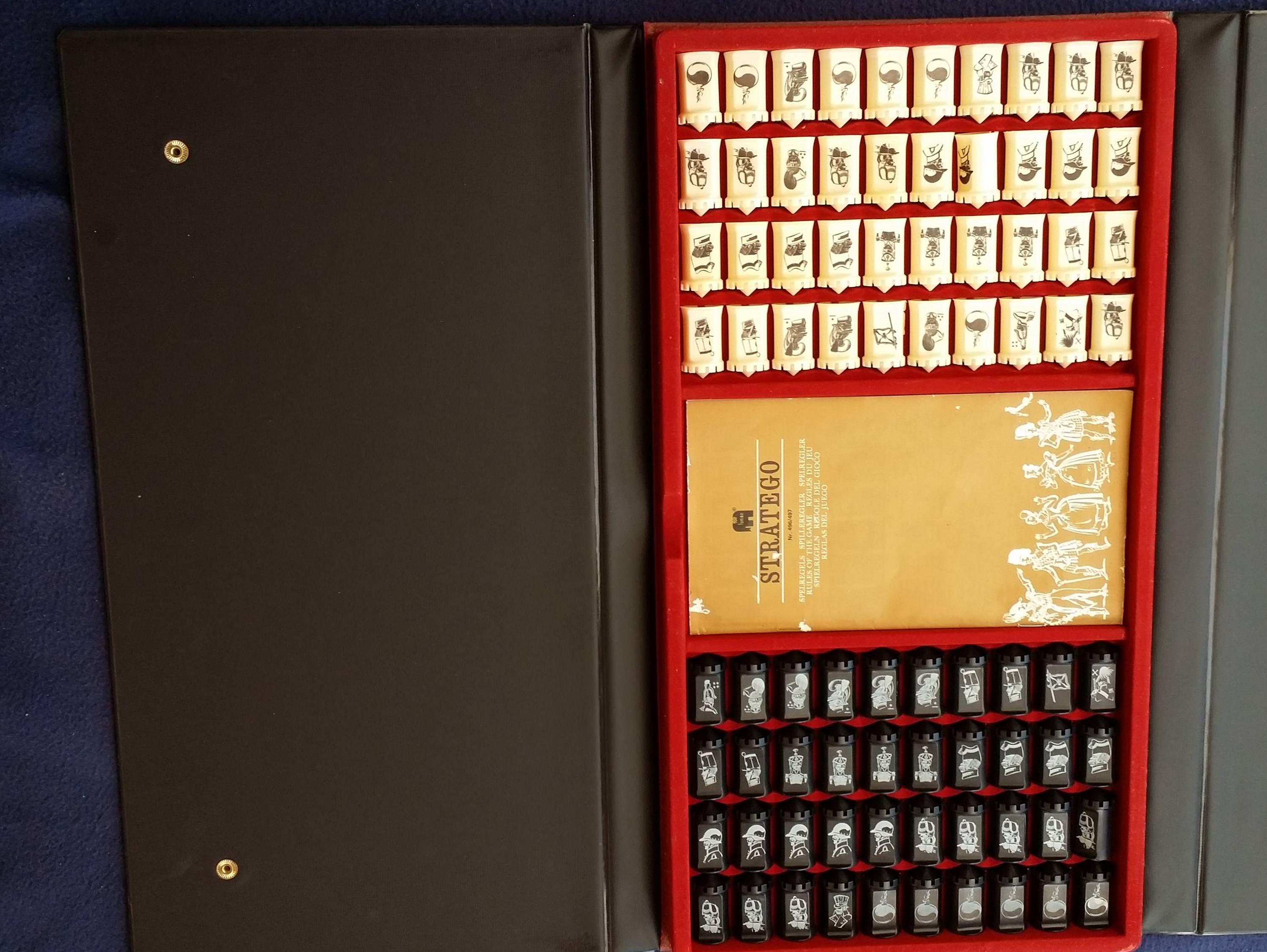 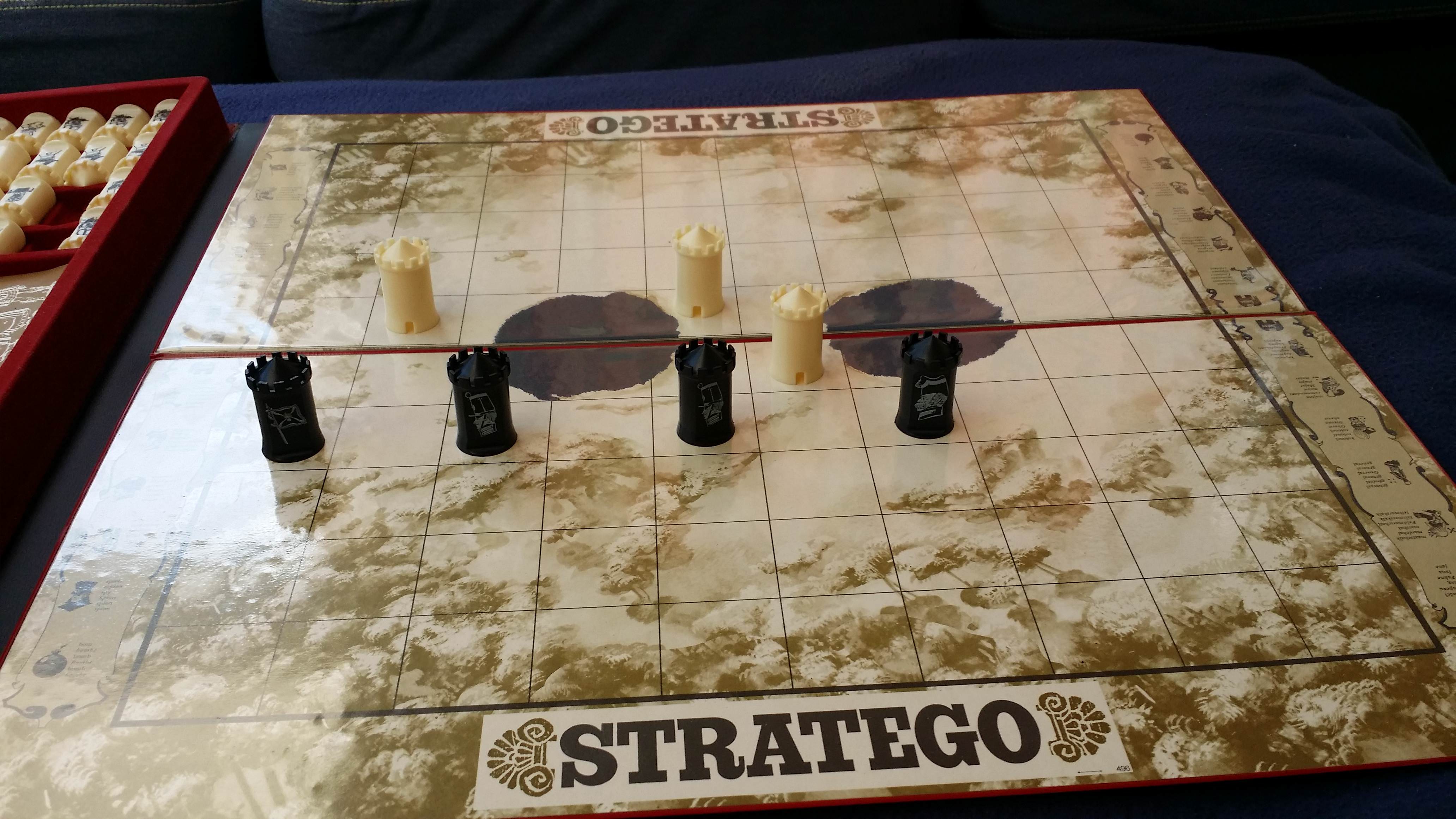 Well this is one of those pieces that collectors are eager to get. Imagine going to a Stratego collectors event (if there ever was one), where other collectors would have their collection and are discussing Lord of the Rings or Transformers Stratego and then casually putting down this stylish box, with letters Royal Stratego.

I am sure conversation would stop and other collectors would eagerly wait the moment until it was wrapped open, to find that the graveyard is made in red velvet style and contains black and white pieces. This game is made in a pretty limited edition. I am not sure about the actual numbers, but it is small. One of the nicest boxes I own for sure.

Morx, I think we all have a love for this game but you take it to a new level. As Gary stated great thread/topic ! This last set-royal was very nice,indeed !

Thanks again for posting it. 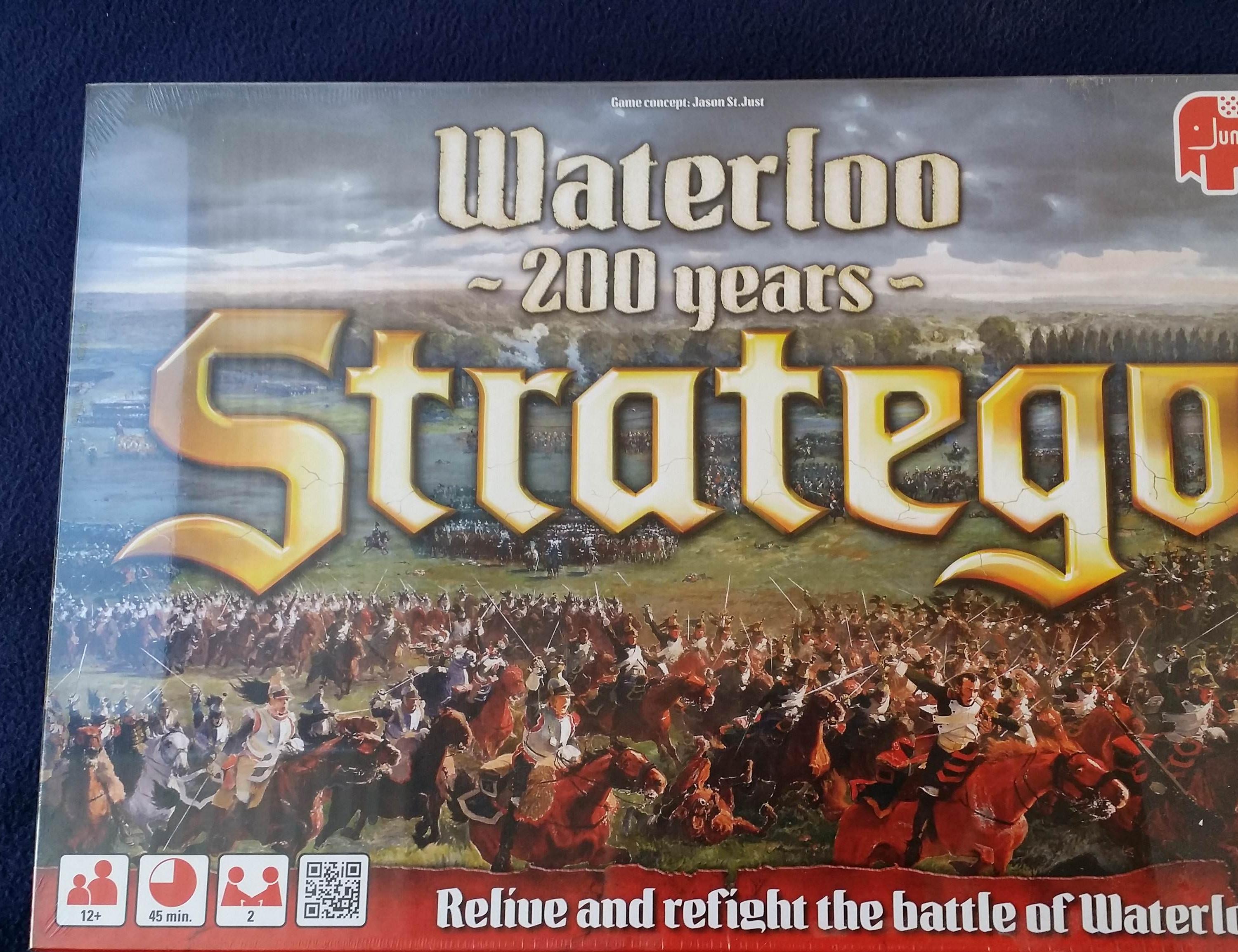 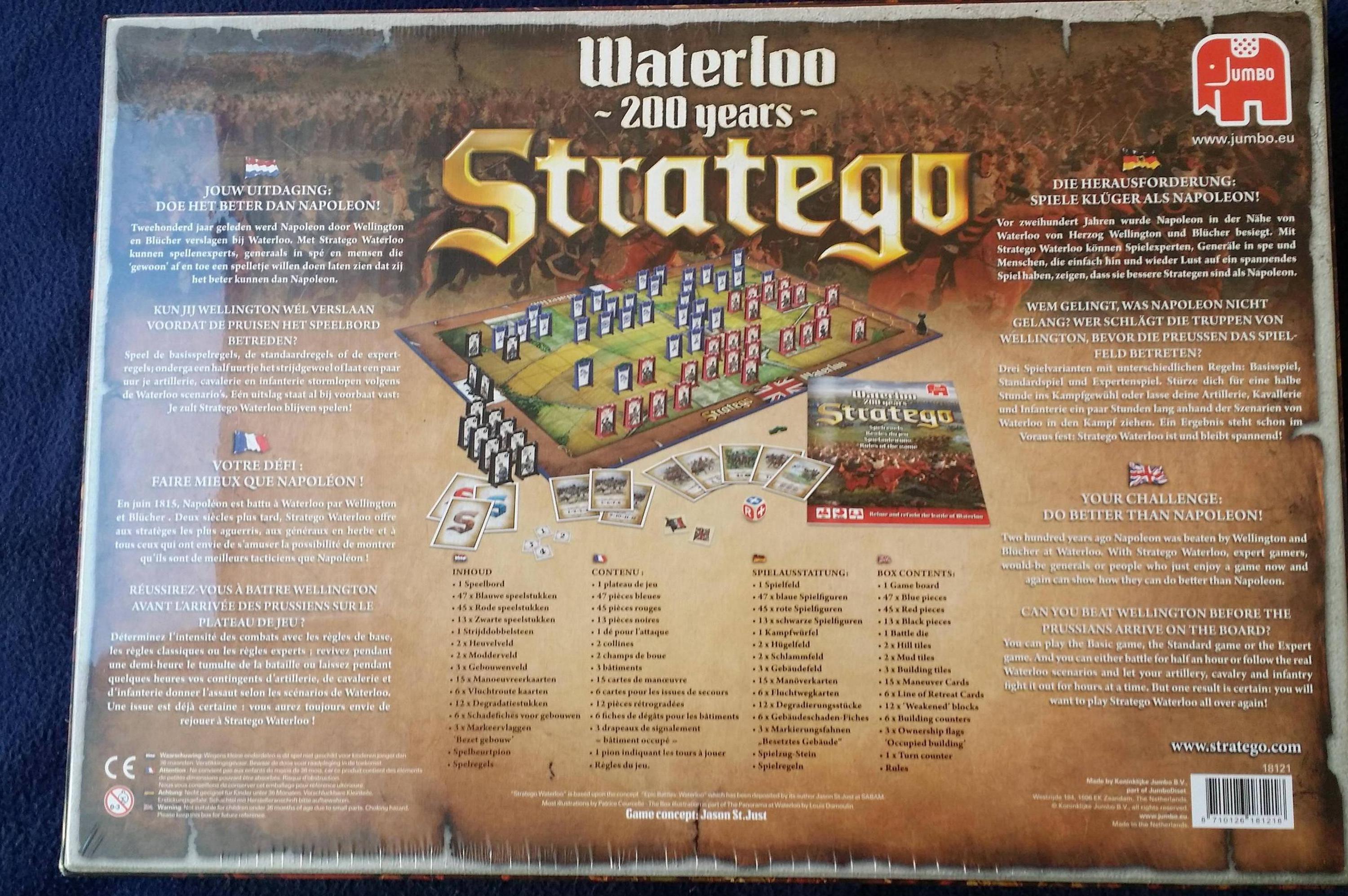 One of the biggest hits in the year it came out, Waterloo Stratego is a very interesting game.

The introduction during the 200 years Waterloo celebrations might have added to the sales. In the same year the actual world championship was held in Waterloo.

I know that they were also offering the game to the visitors that were visiting the reliving of the battle of Waterloo in the weekends before the World Championship 2015.

The French side of the board basically has to try to win before the English sides gets help from Prussian reserves.

There is a nice video about the game here:

My version is currently mint, but I am interested to try it out at some point. Most players that played it were excited about it. One of the magazines, Nieuwe Revu was handing out copies as part of a promotion. I send and email and guess what, I won a copy. I think it is one of the biggest prizes I ever won in events like this.

When I saw the Nieuwe Revu people afew months later at the world championship in Belgium and told them I won in their promotion,  I got a place in the article being portrayed as one of the strange guys they met. It is a bit of a pity, they could have had some good stories about the older world championships instead, but well these things happen

Very smart of you to include a link about the game. The video answered most of my questions and explained why this version of the game was so much more expensive compared to a regular version of Stratego on Amazon. Morx even better news was that you won your edition of the game-Congratulations ! Roll the die to break the tie-interesting concept.

The French side of the board basically has to try to win before the English sides gets help from Prussian reserves.


This is not how I remember it. Both players have a sort of flag on 3 fields of 9 last row fields. When you enter it (1 or 2 pieces, not sure) your opponent has to say that you won. Also you win when you hit both leaders. When the Prusians arrive the chances of the allied forces (unfortunately our Dutch Willem II is not in the game) increases, but the battle continues (and the fun and chaos on board are often higher then

Wow, the Royal Stratego game looks pretty sleek. It's definitely my favorite I've seen from your collection so far.

I went and did a bit of research on this Royal game. Looks like one of these was actually sold on eBay to a guy that says he was looking for it for ten years (was that you?) but other than that, it's spoken about as a legend and myth that claims anyone that lays eyes on one of these will become world champion atleast once and sure enough you were WCO1 world champion

Nortrom must sleep with one under his pillow. This board seems to be one of the rarest I've looked into. Nice find Morx!

I think that was Spece Wogomite 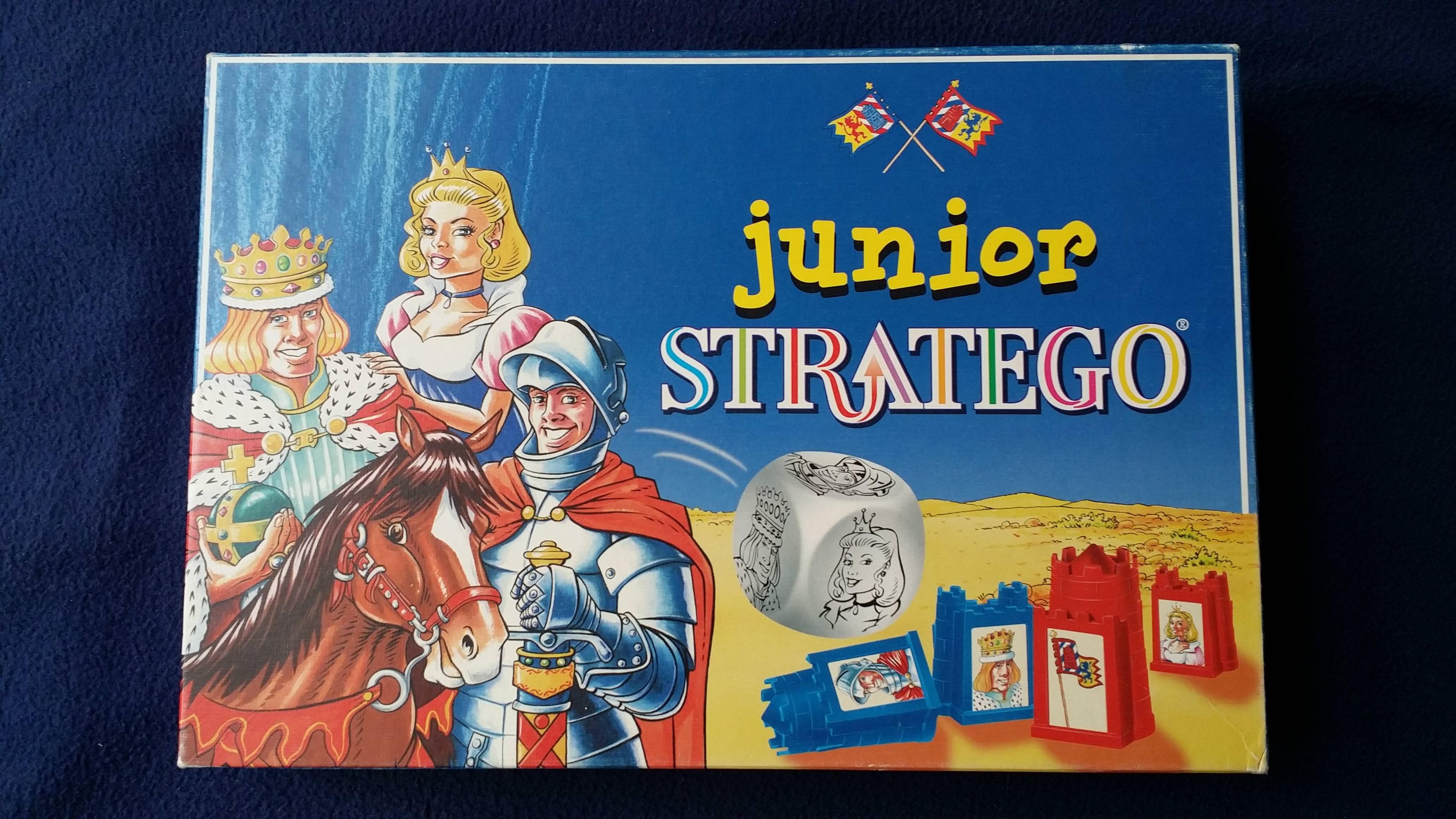 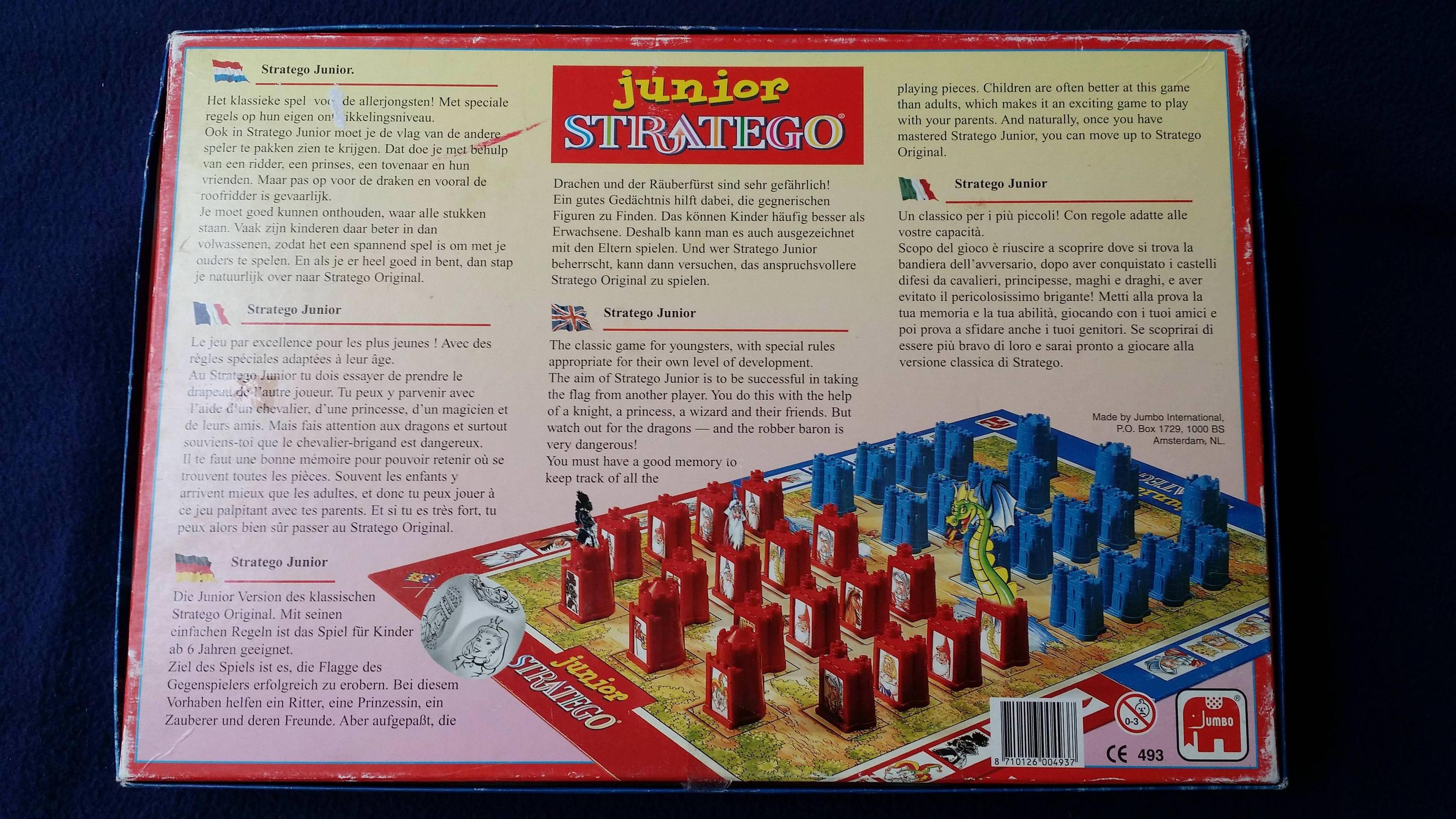 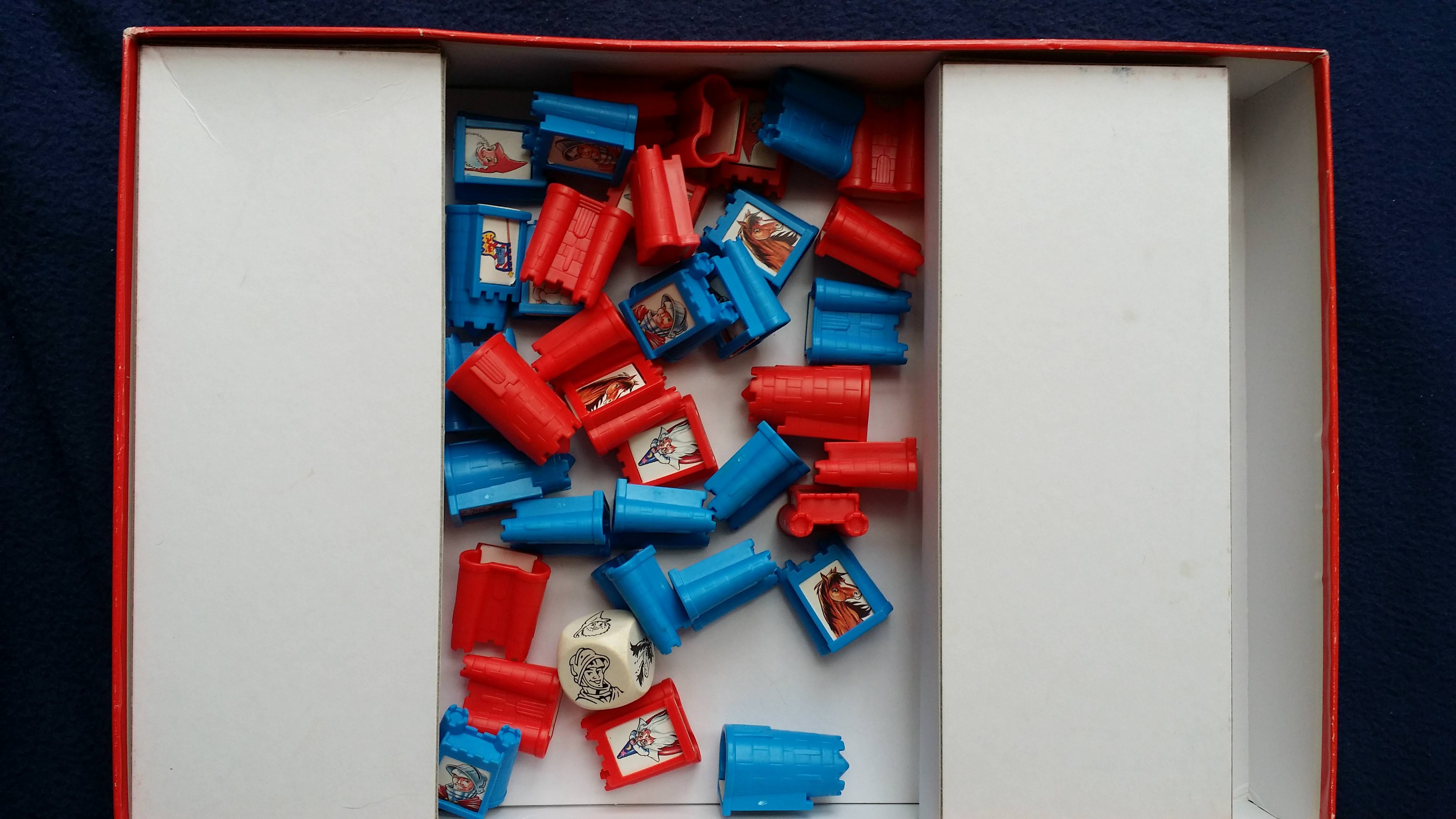 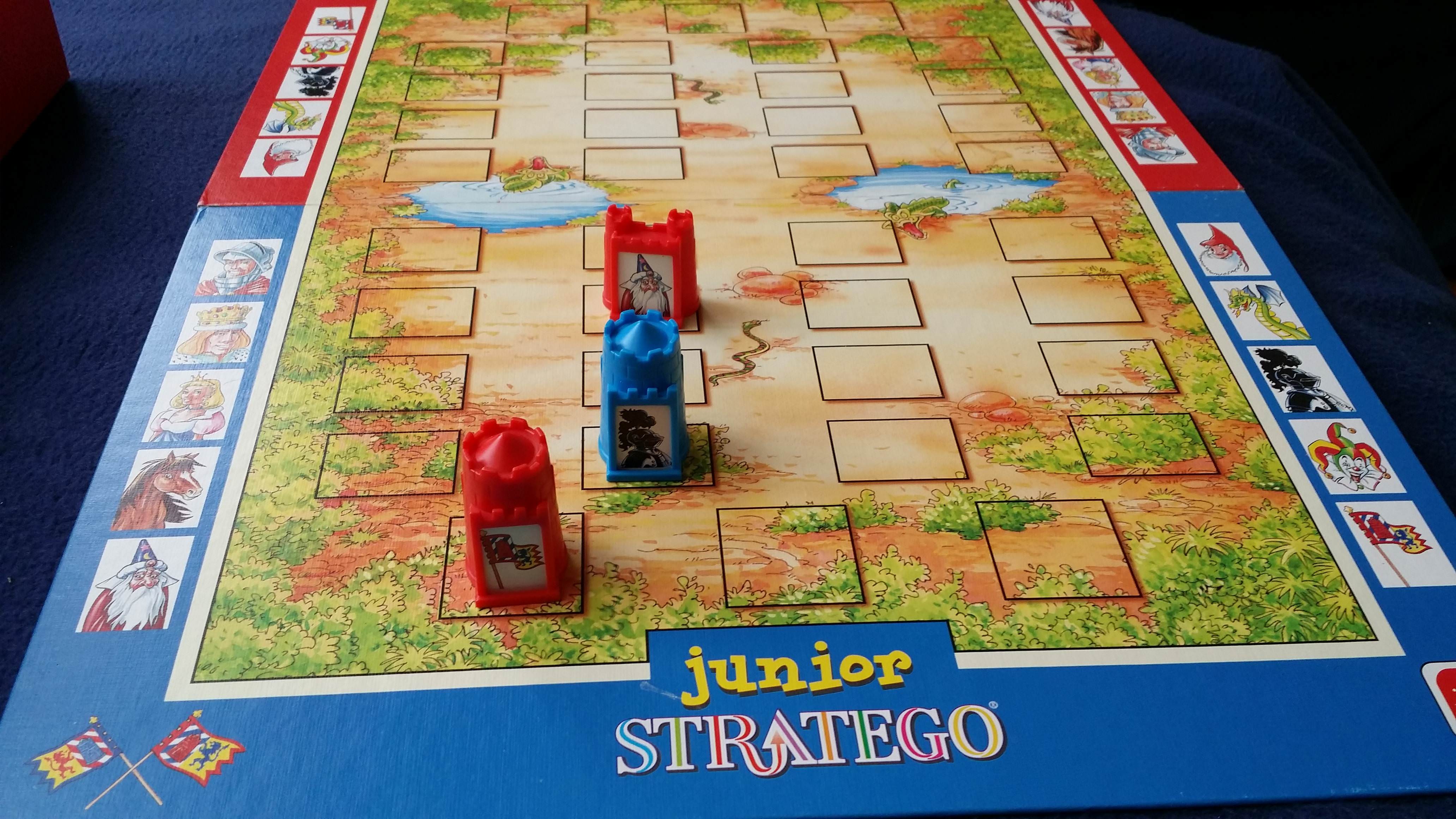 Another version of Junior Stratego. In earlier posts I told you that flea markets are a prime source of Stratego games for collectors.

Yesterday it was Kings Day in The Netherlands. At this day in almost all cities people go to parks or central squares to sit with their old stuff and sell it to passersby. It is the greatest flea market in the country. I bought this box for an amazing 1 Euro to add it to the collection.

There was another model of junior I did not have, but it was asking price 7 Euro and I was already carrying a lot of stuff. For instance I bought a game that I was play testing before it came out but never got myself. A five or six year old girld told me they got it as a present from their aunt, but they never played it. That actually made sense cause on the box it says twelve years and older. If I had found a Royal Stratego, I would have bought it at any price for the fans, but unfortunately guys. 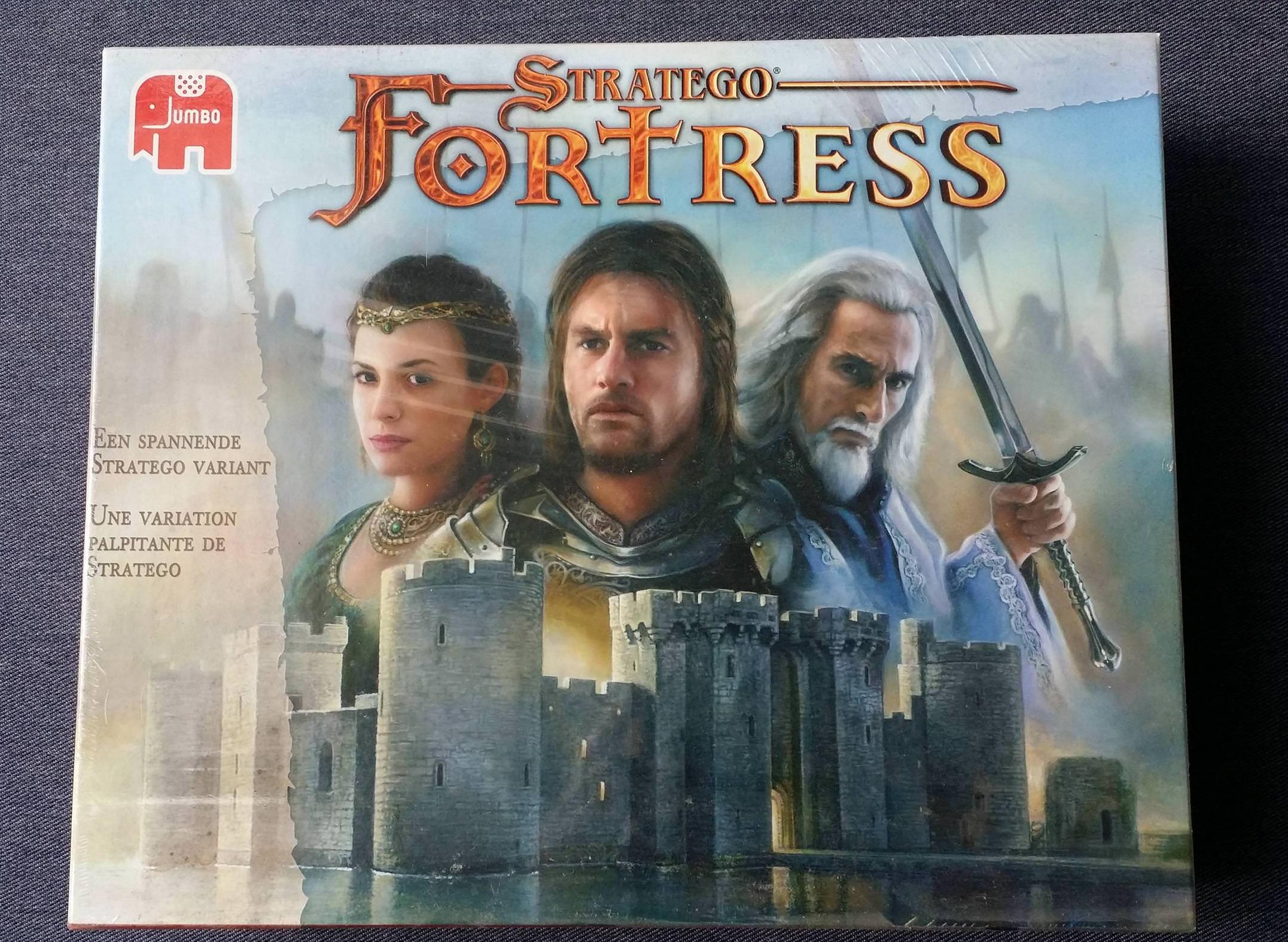 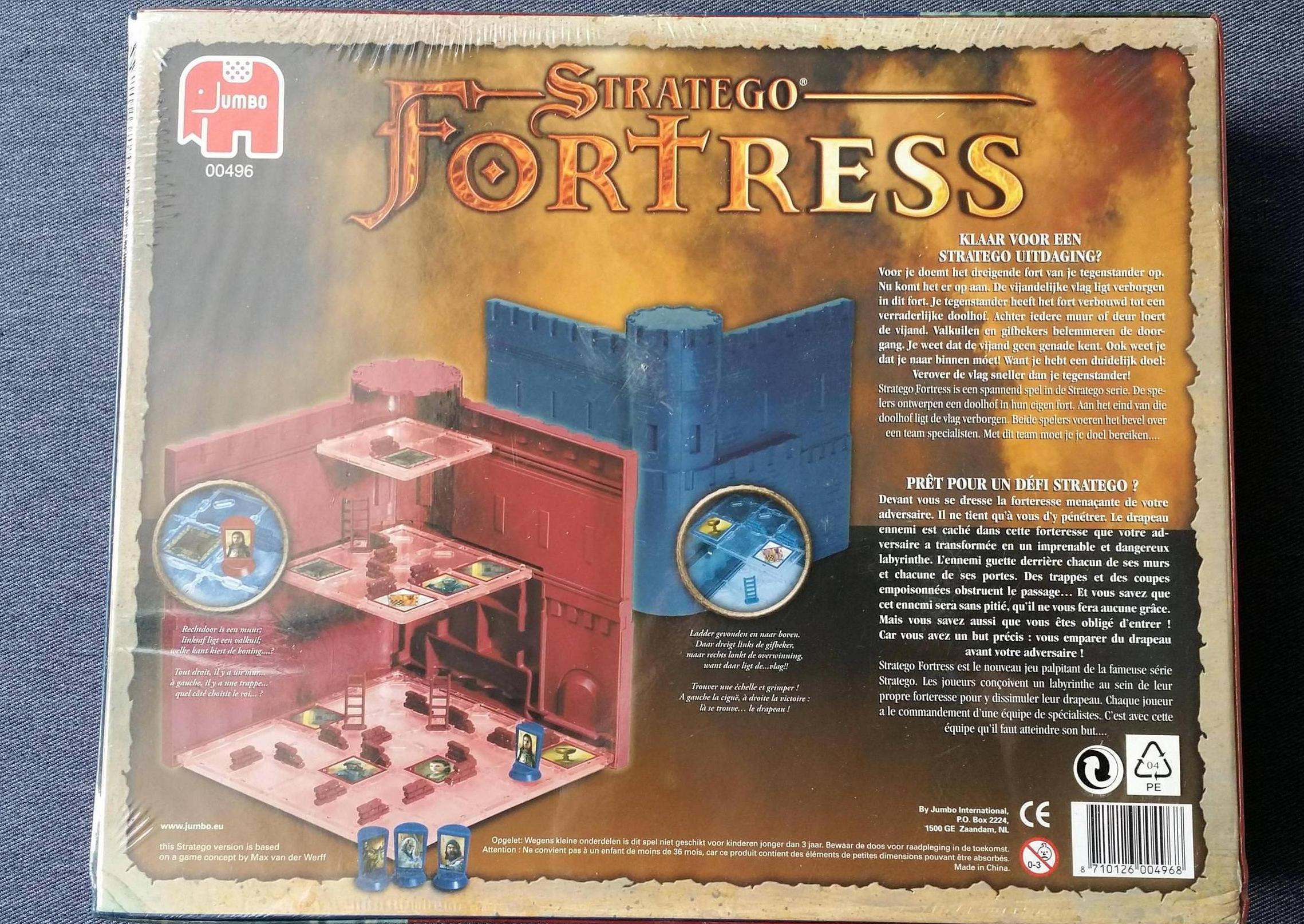