Morx I noticed no year mentioned with Stratego 24. In your opinion would it be after 1960 or pre 1960 ? Just wondering

This collector also has some nice Stratego games. The collection put out as a whole in one video is interesting. Morx maybe you may want to do something similar.I say this to help people understand how old game is and continue to hope that people rediscover a great game.

@rgillis783: one person estimates the deluxe version at 1970. I added this to the estimated timeline. The 1960 and earlier versions have slightly different designs.

I like that video, but I am more a writing type. If there is ever an exhibition who knows though 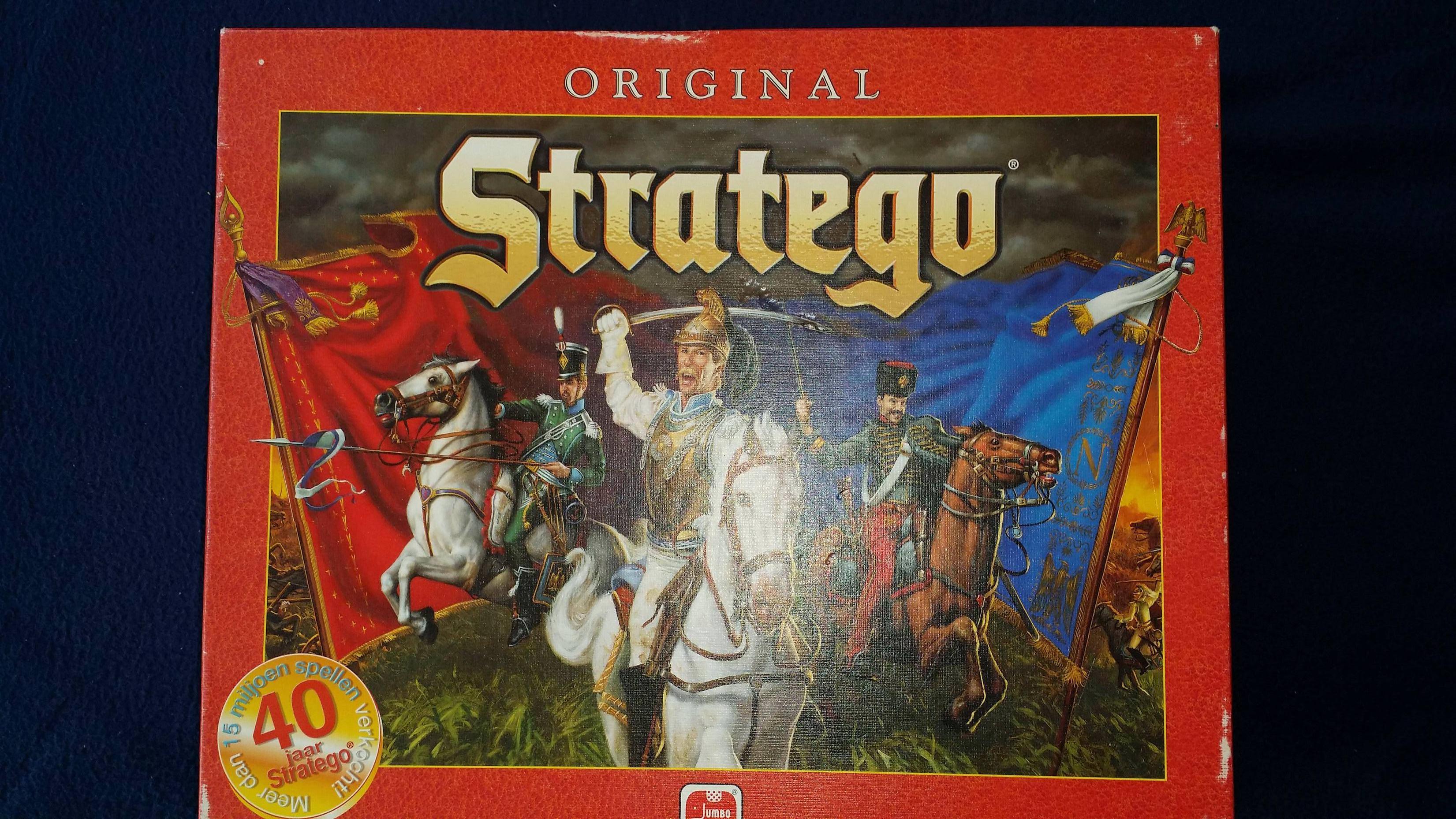 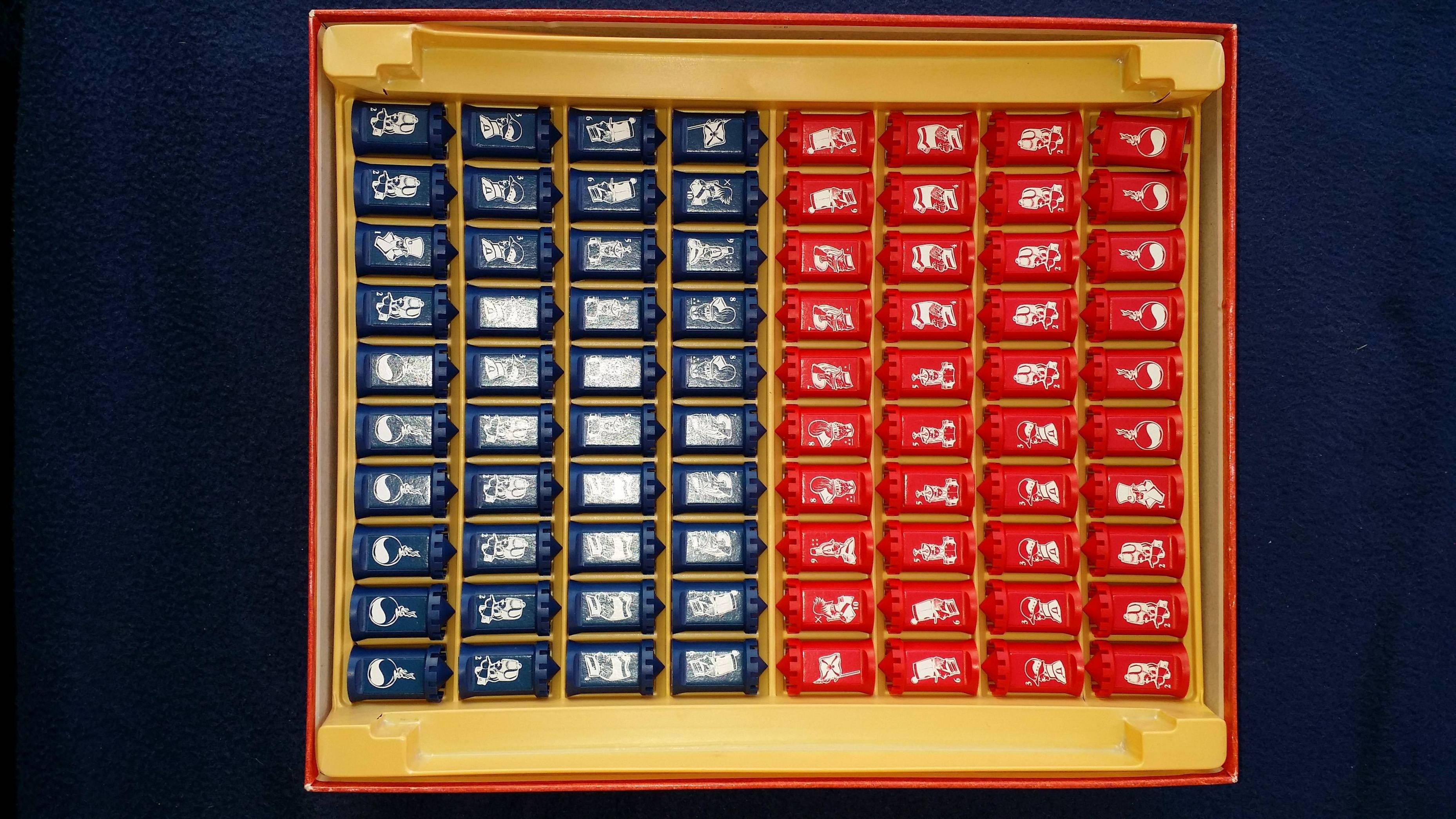 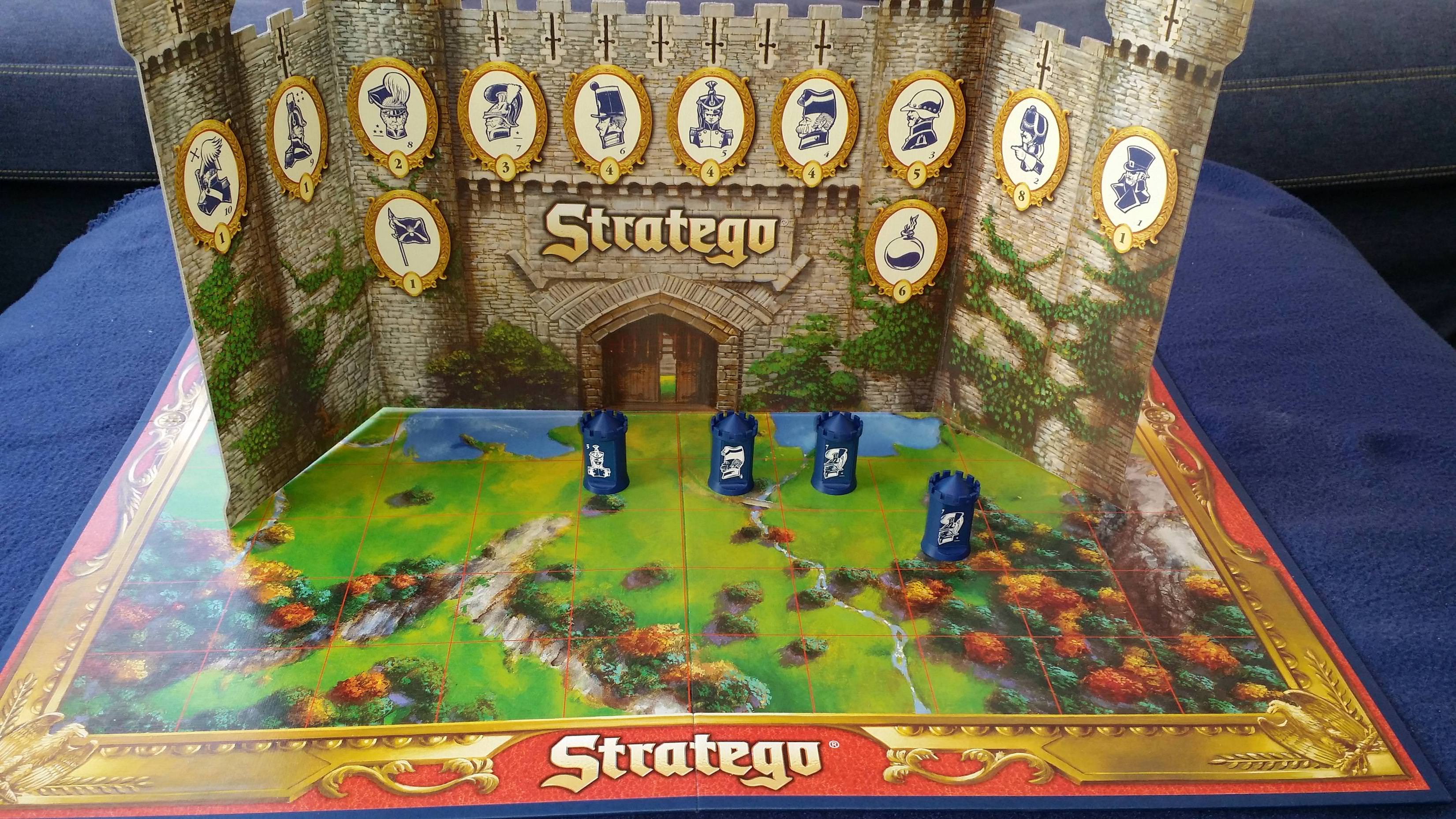 This one is the smaller version of Original Stratego box (nr 21). On this box it says 40 years Stratego, over 15 million sold in Dutch.

Benefit of this box is that is easier to transport than the bigger red box and it is essentially still possible to use this board in tournament games. It is not the most exciting box, but it is an essential one in any serious collection.

The design of the inside box allows for easy stacking of the divider and the board, giving stability during storage. 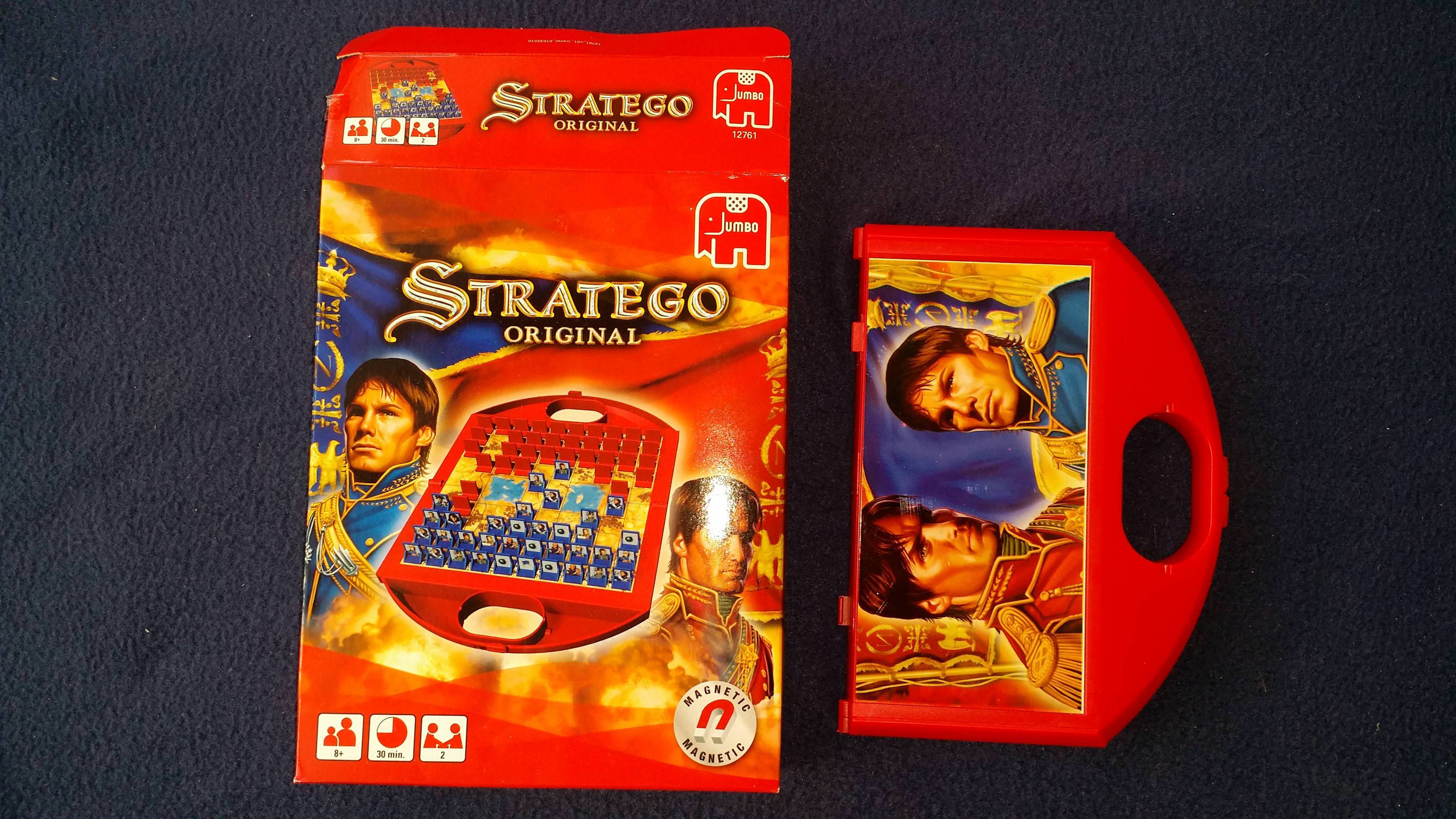 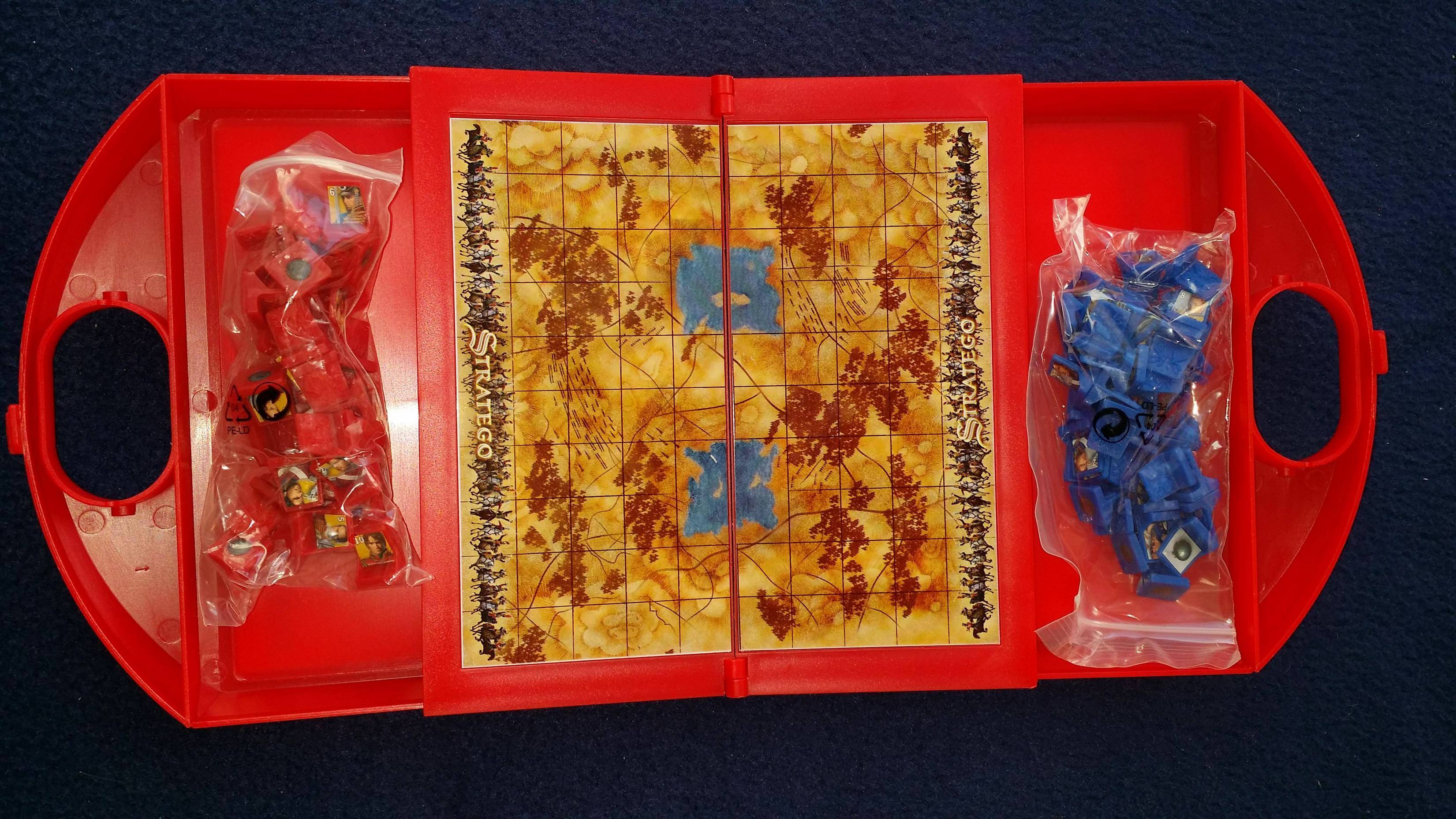 This is the magnetic game I was talking about in another post. It has the modern art pieces and sticks nicely to the board.

If you want to play in a car or airplane, I would say this game is your best bet.

I personally like the outside of the actual game box in the first picture.

The pieces can be stored in 2 "drawers" 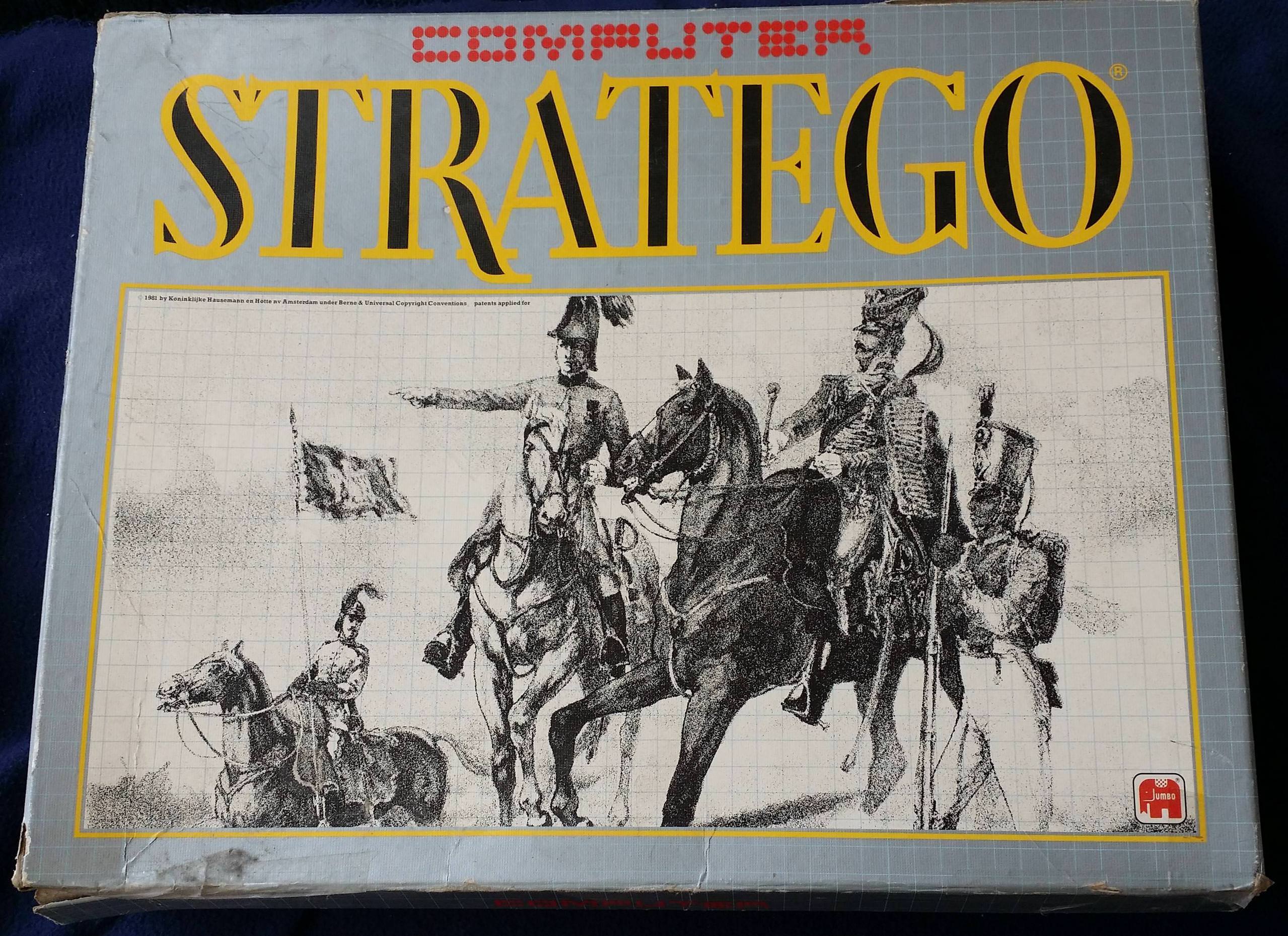 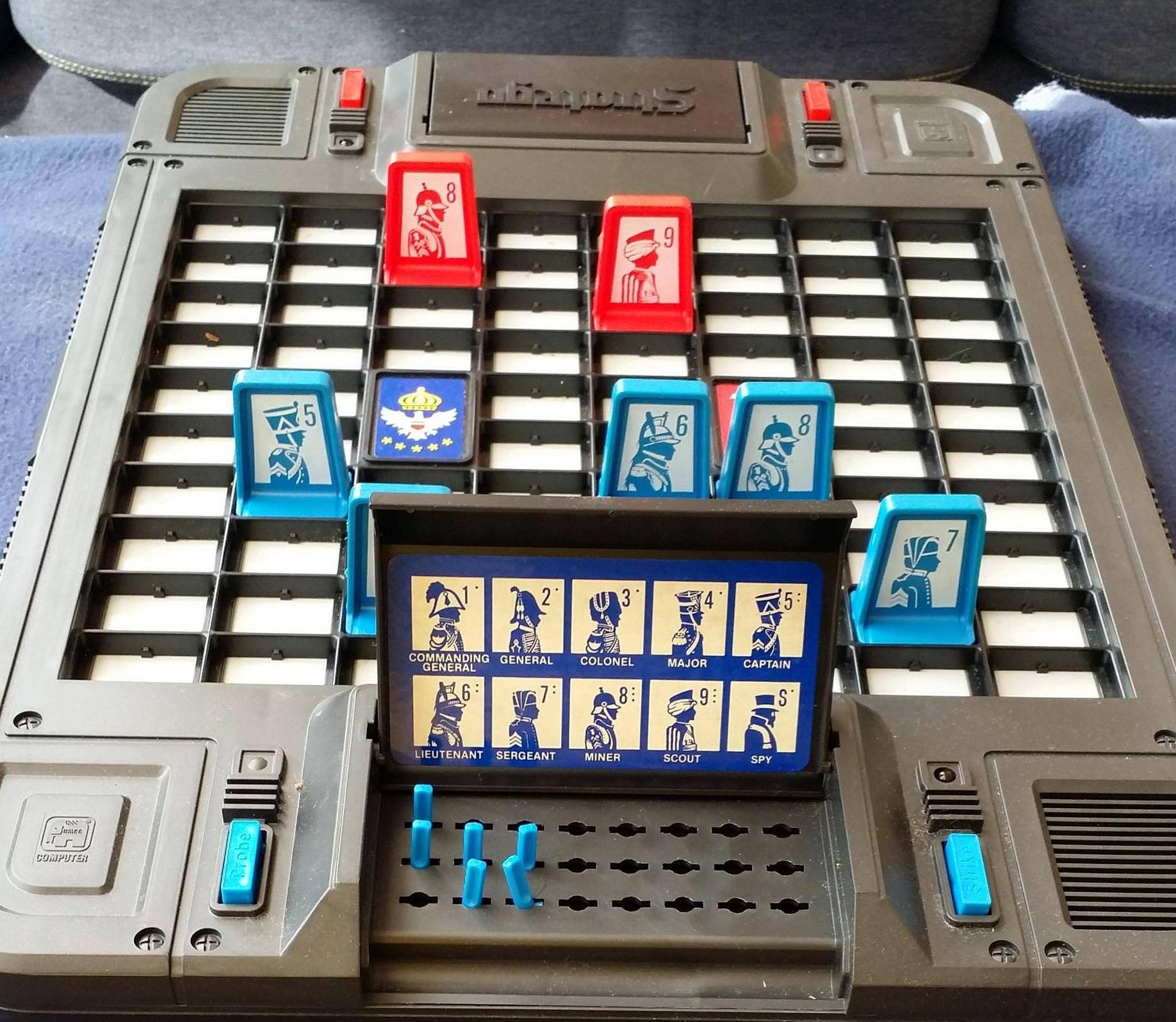 This is one of the more rare pieces of my collection. Computer Stratego was made in the 1980s and cost a fortune in purchase power of those times. I bought my first copy years when the 1980s were long gone, at a flea market for something like 5 EUR.  The board has two buttons: Probe for scouting and Strike to announce moves to the board.

The board knows where the bombs are: the tiny box in the middle with the little blue markers sticking out are the bombs placement.

The game uses batteries to announce the sound of detonation if a bomb is hit. The lakes are only 1 field wide, instead of the normal two.

Game art is different than on most games, the scout (9) is some colonial style agent with a dagger in his belt. 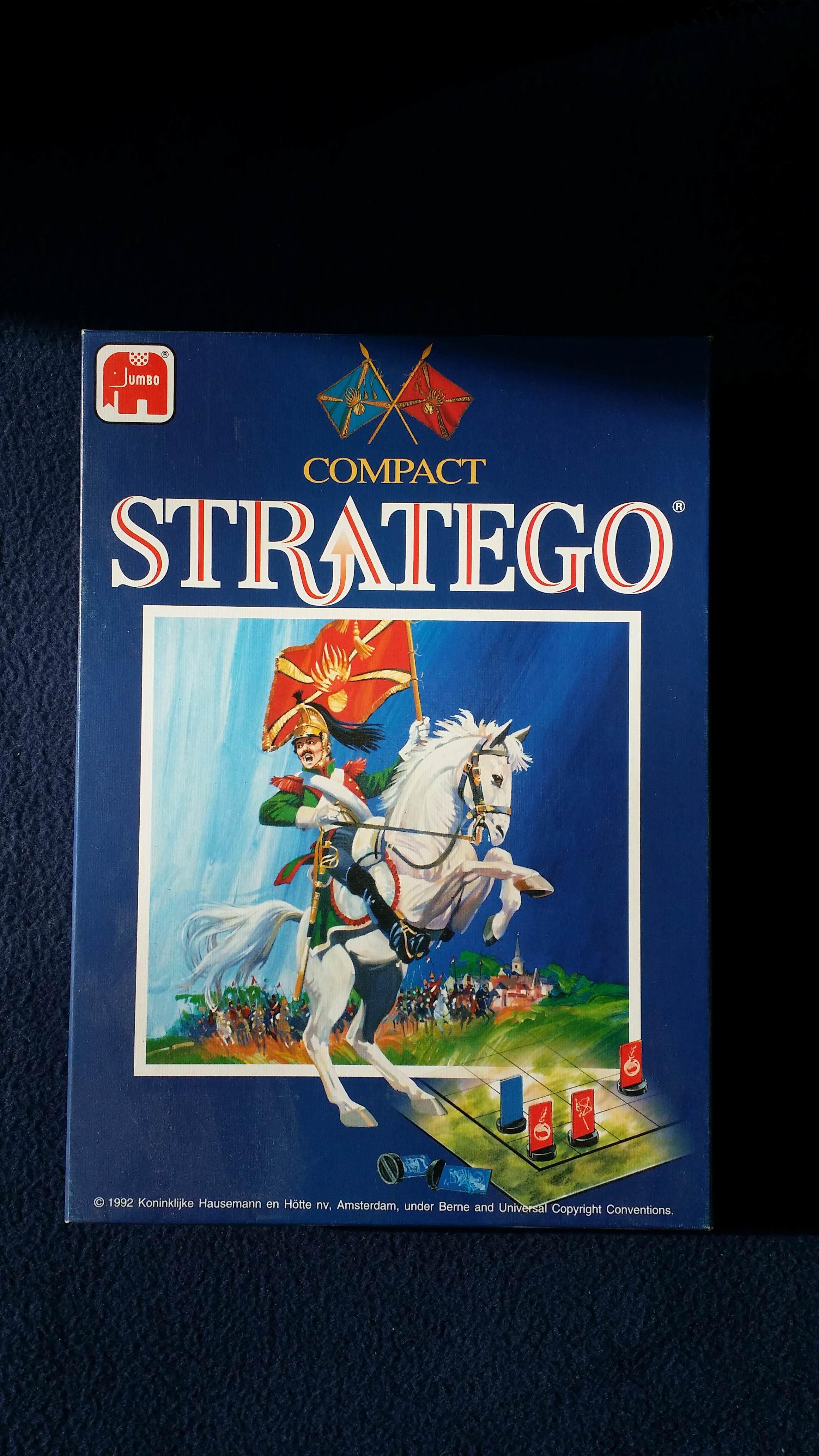 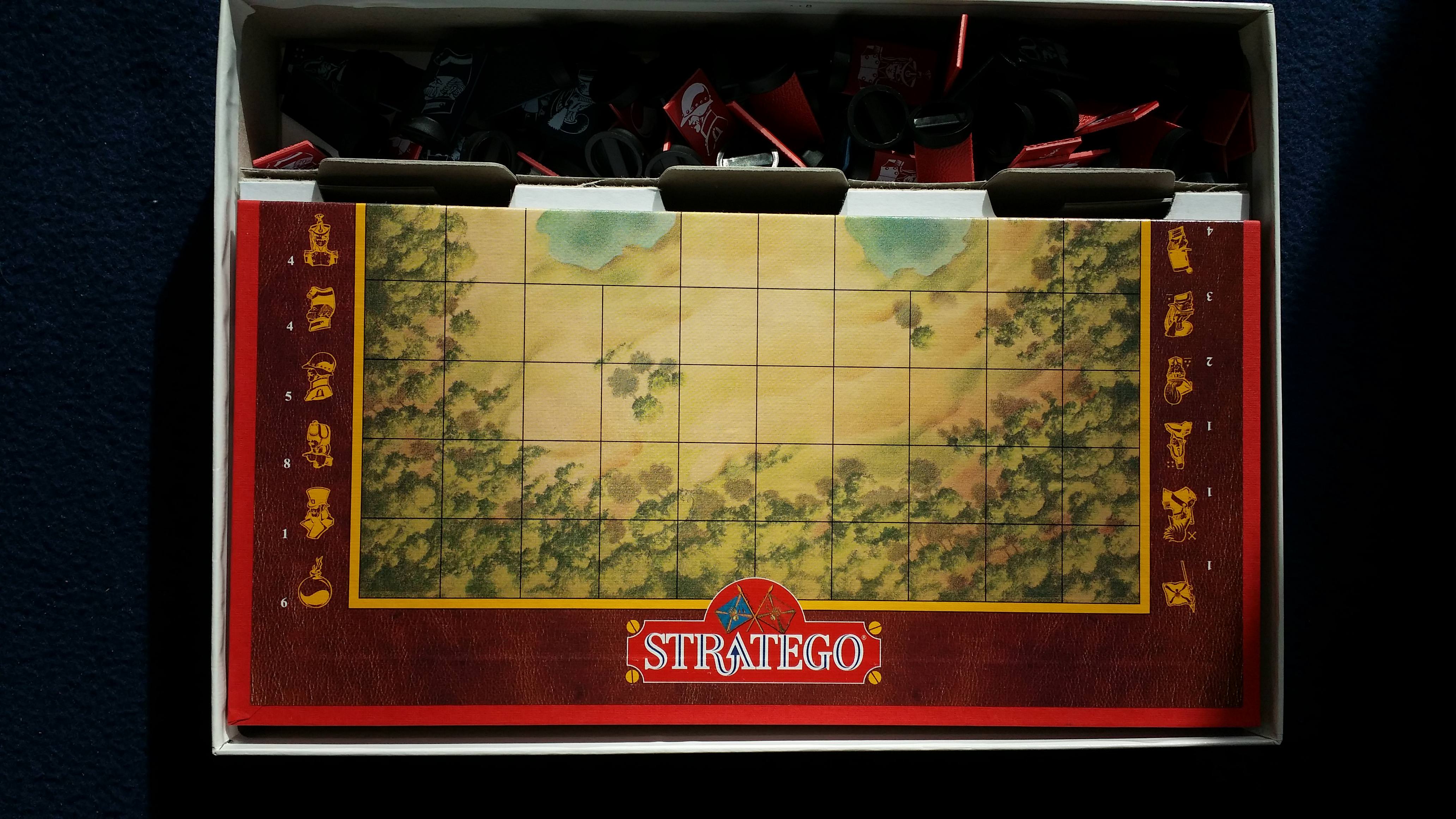 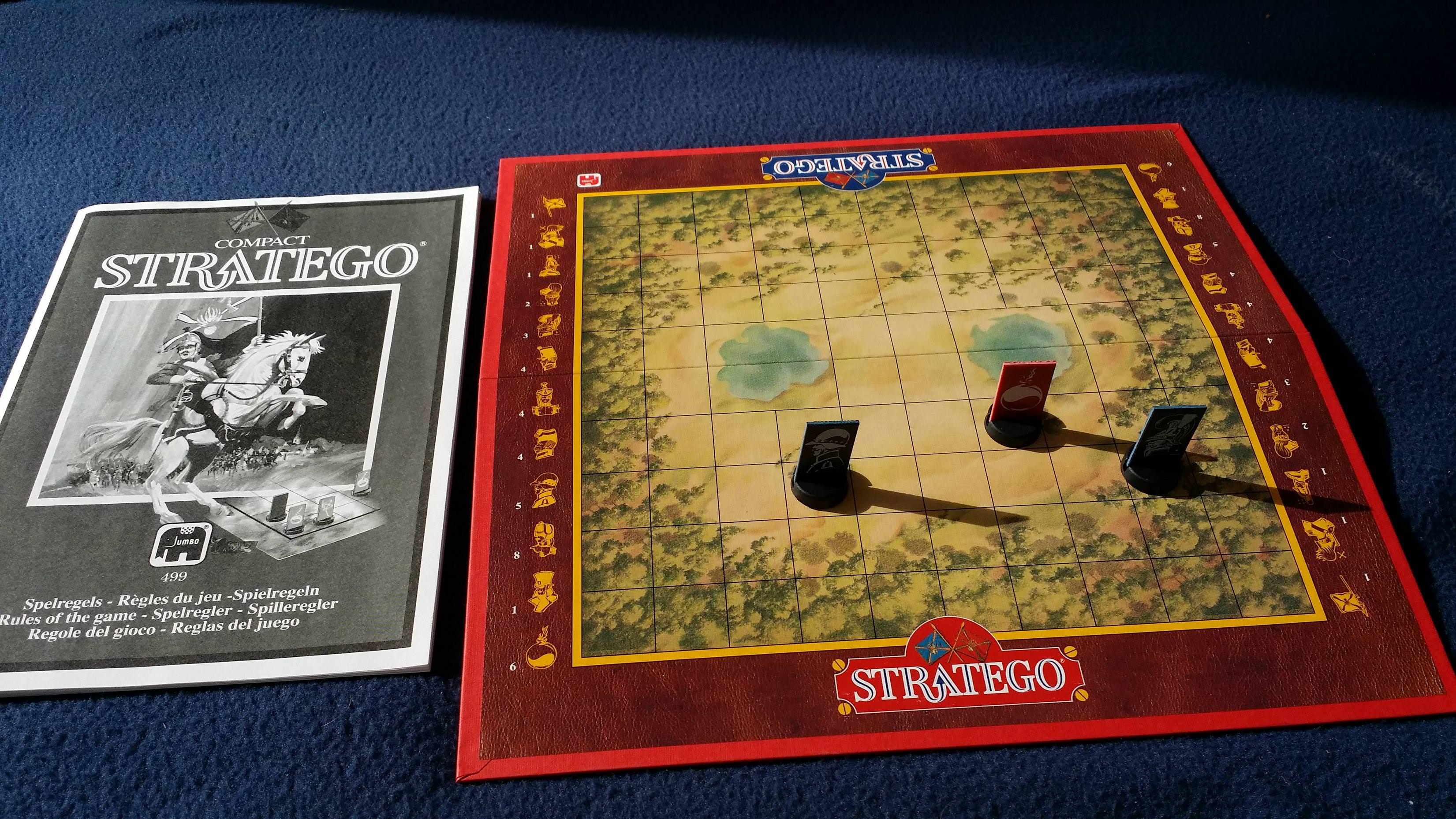 This is my first Stratego board. I've actually had it for over a decade until I purchased the new Stratego Original last September.

@MN that Compact board is actually quite good to play with.

The only downside it has is that if the pieces are not straight in the holders, you can easier keep track of an opposing piece because it it bent to the left or right side a bit more.

I think the standing towers are the best for stability (not falling over) and for all looking the same. 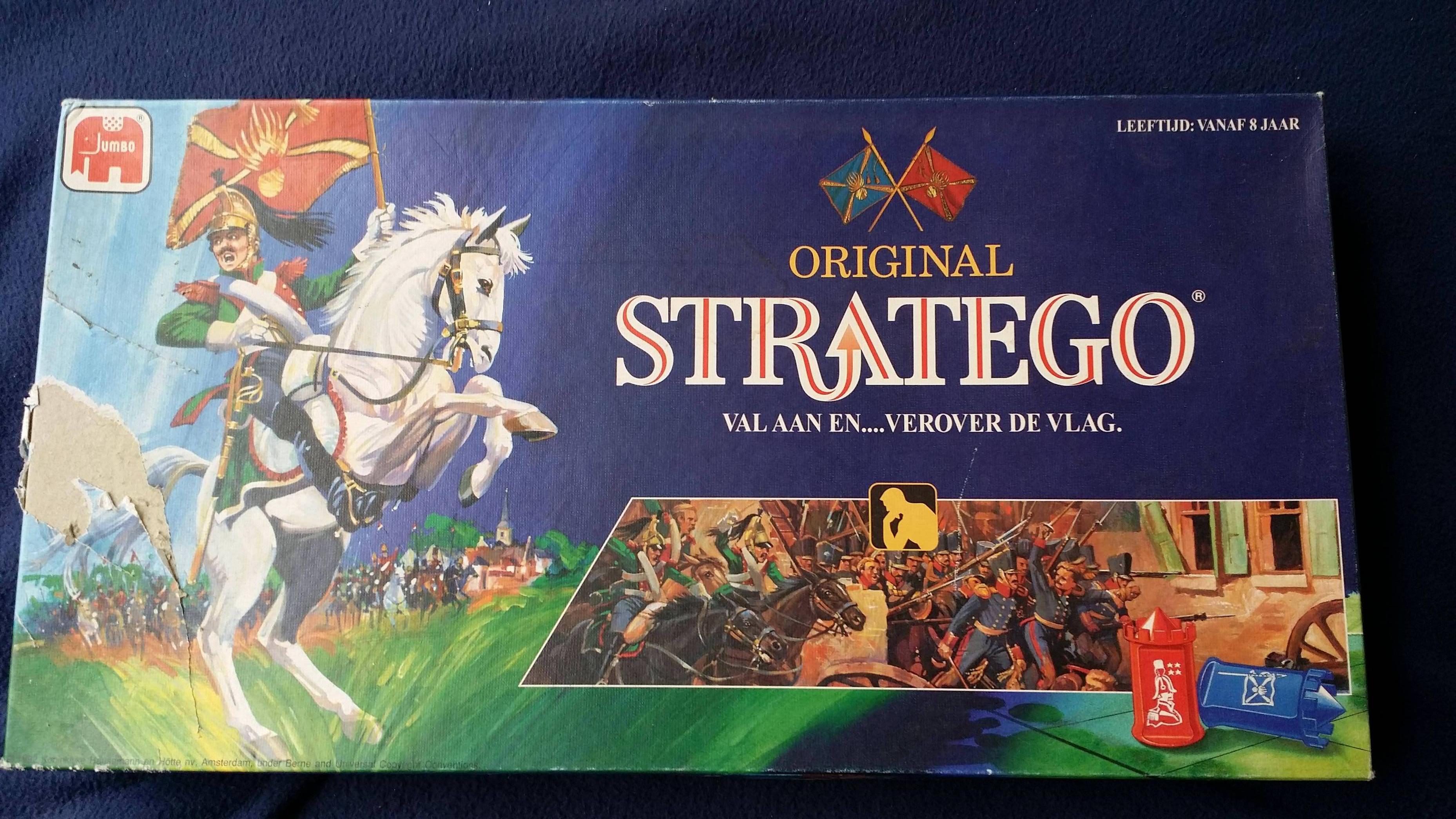 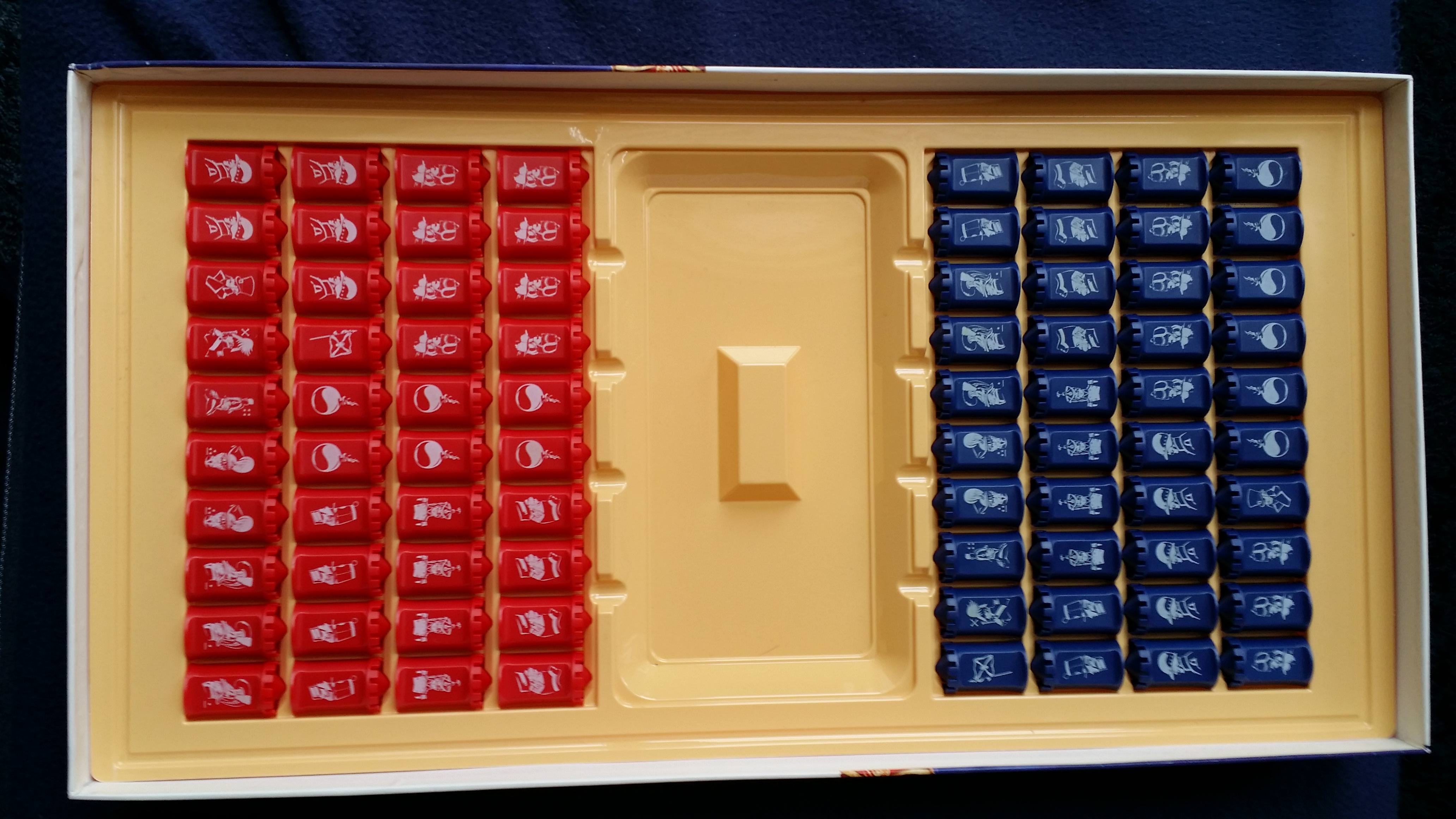 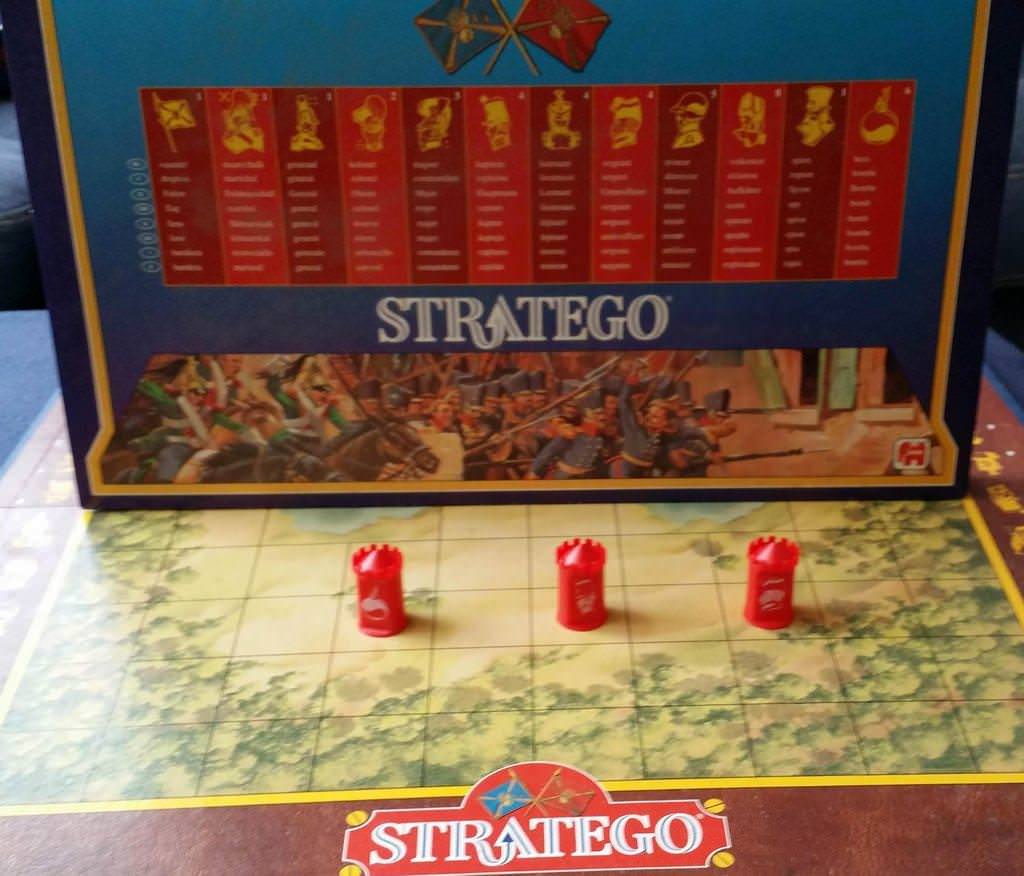 One of the more popular tournament sets in blue. There is a version of this with the same letters on the side, but with other corners.

As you can see this box has serious wear. That is fine because it is not bought for the collection, but as a tournament box to be used in actual live tournaments. I got a few of those in the house to help out with sometimes.

I made a picture of one my boxes, it has a little golden thinking man on the side, like the one in nr 29.

The side of the box looked different though, I had two different types standing in the cupboard, some with golden man, some with Stratego pieces. When I took it out the one with the flags, I put it on the table and was confused.

This also had the golden man on the side.

Conclusion: box number 29 has a golden man on one side of the box and Stratego pieces on the other side. All the rest of the art on the side of the board is the same. 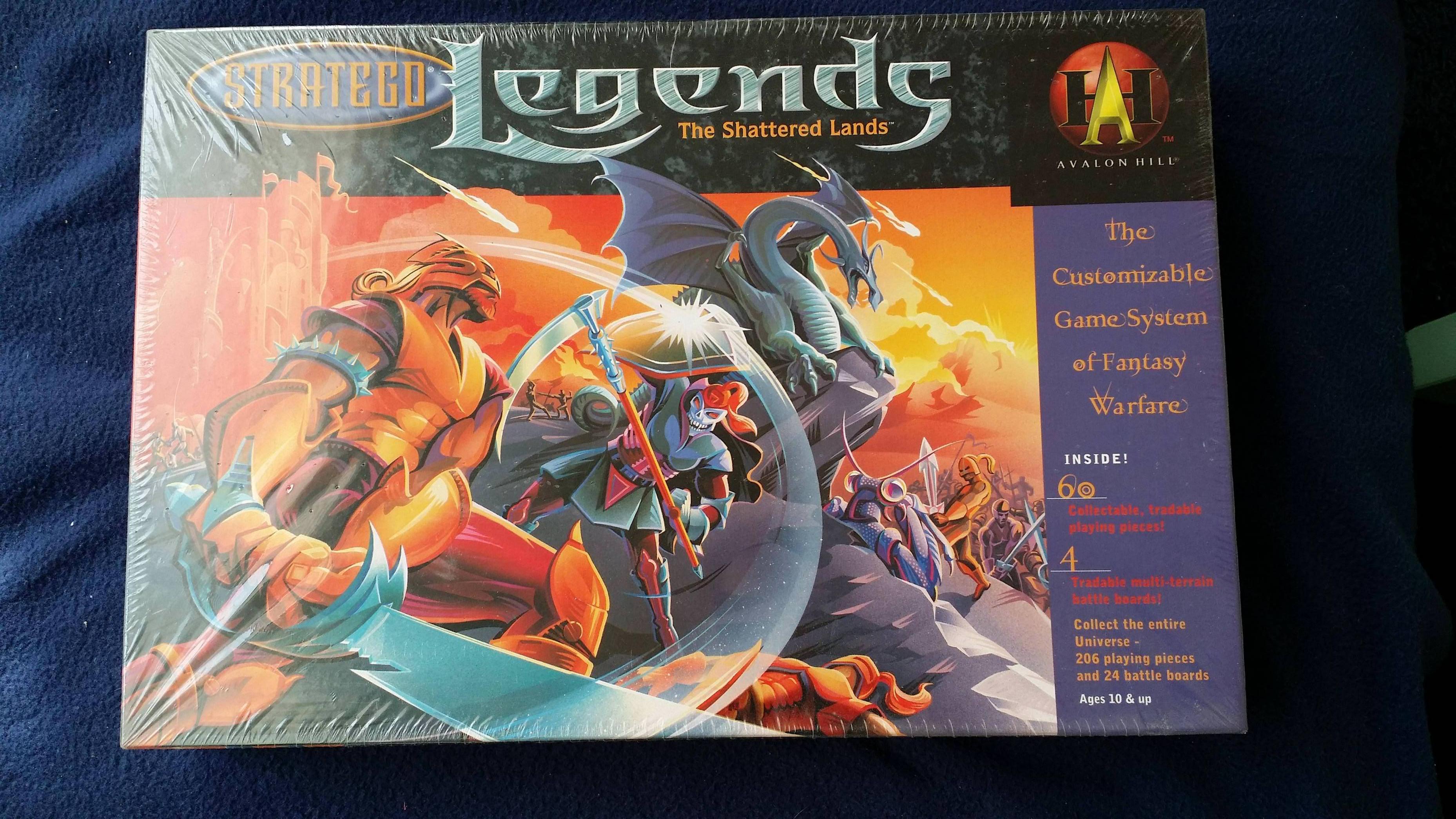 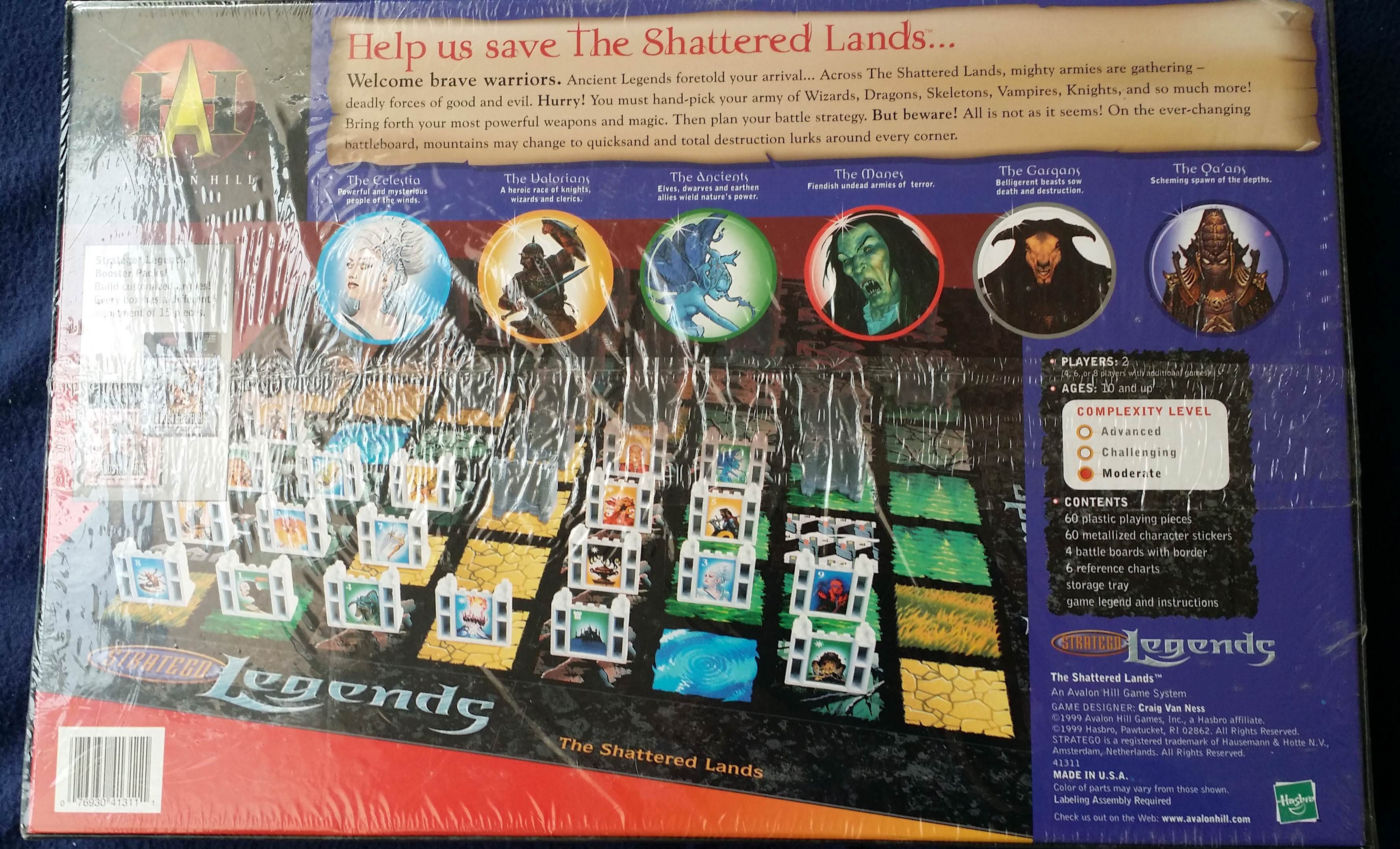 Legends is made in the time when the collectable card games were upcoming (Magic the Gathering anyone?). So this game contains collectable (yes you heard that right) Stratego booster sets to make all sorts of combinations.

A great idea, but I am not sure that board game collectors were waiting for this principle when it was introduced.

The game itself was quite nice, I did enjoy playing it for sure.

This is probably the only kind of Stratego game ever made that has the legendary Avalon Hill logo. AH is on one of the best gaming companies that ever published games if you ask the experts, with titles like Acquire,Civilization, Diplomacy, Age of Renaissance,  History of the World.

Another mint game, so no thought of what is inside this box. I did play Legends though in the past. On the Berlin World Championship it was a side event even to participate in, but I think I was in the Barrage tournament when it was held. Two of my old Stratego team mates specially practiced it few hours before the tournament and managed to win a large part of the serious prize money involved, the purchase power equivalent of about 350 USD if I remember correctly. 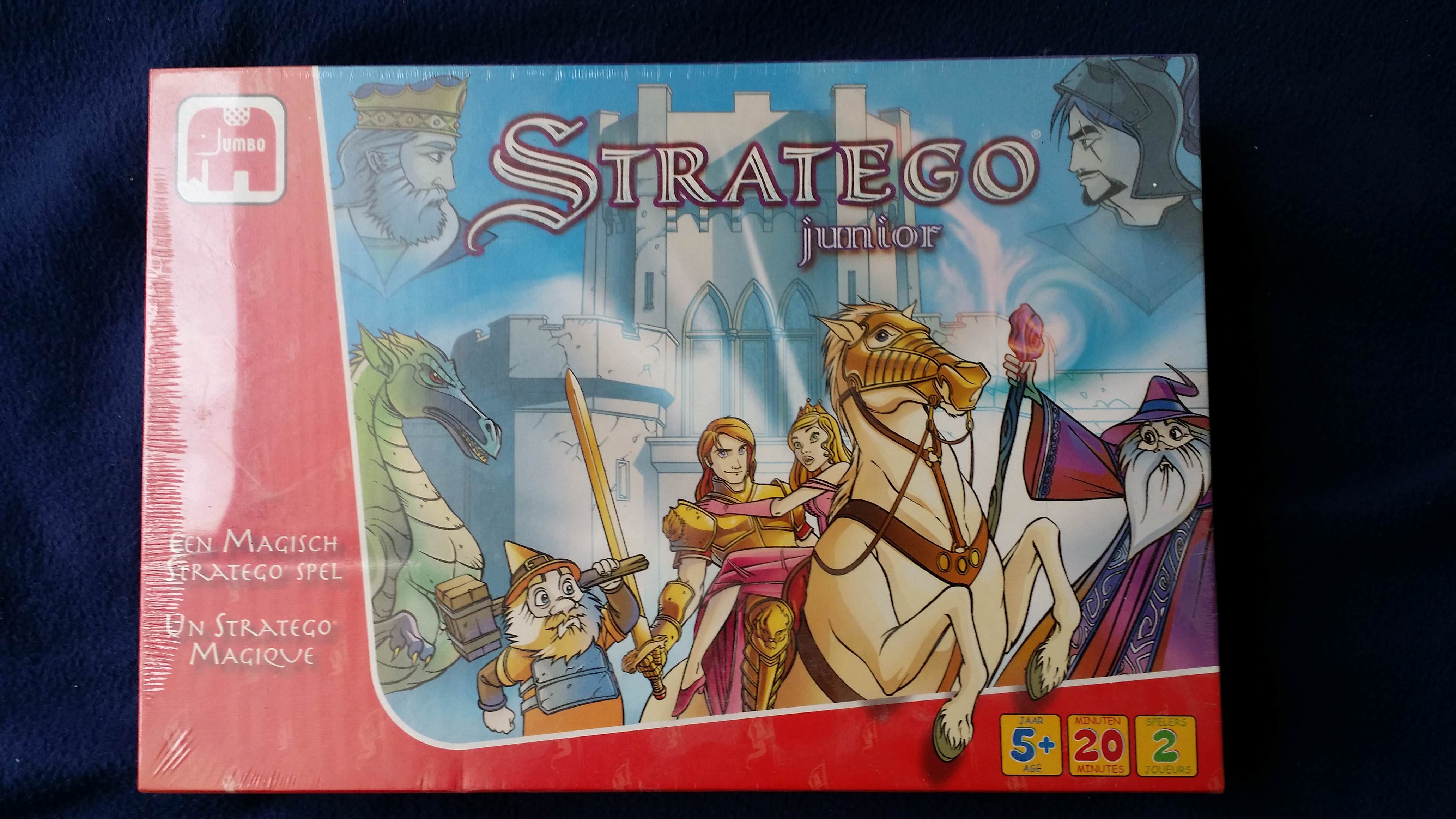 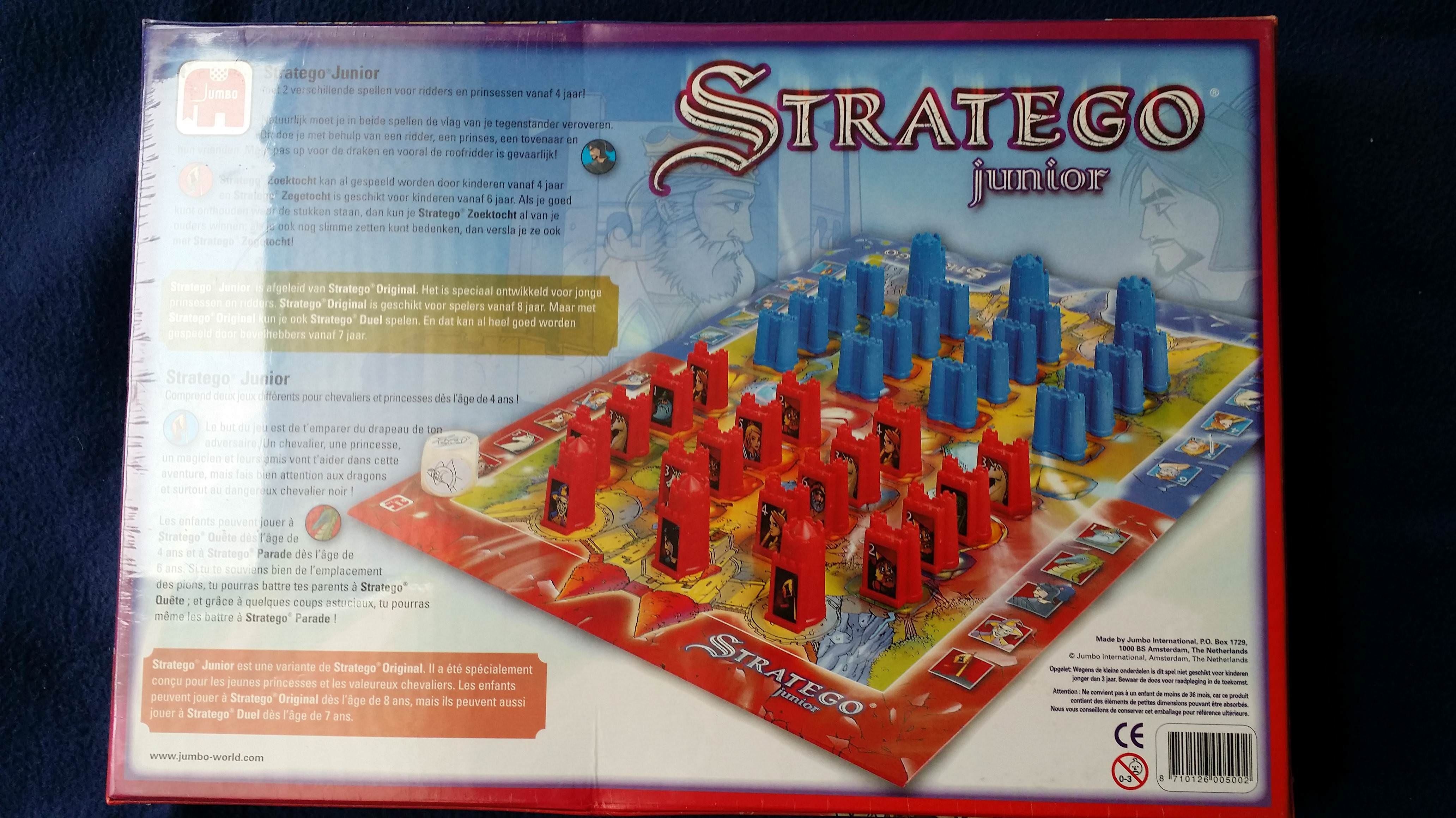 A game involving dragons, robber knights, a regular knight, a wizard and princesses. Sounds just about right. Goal is to capture the flag.

This is another mint.

Board: Red and blue 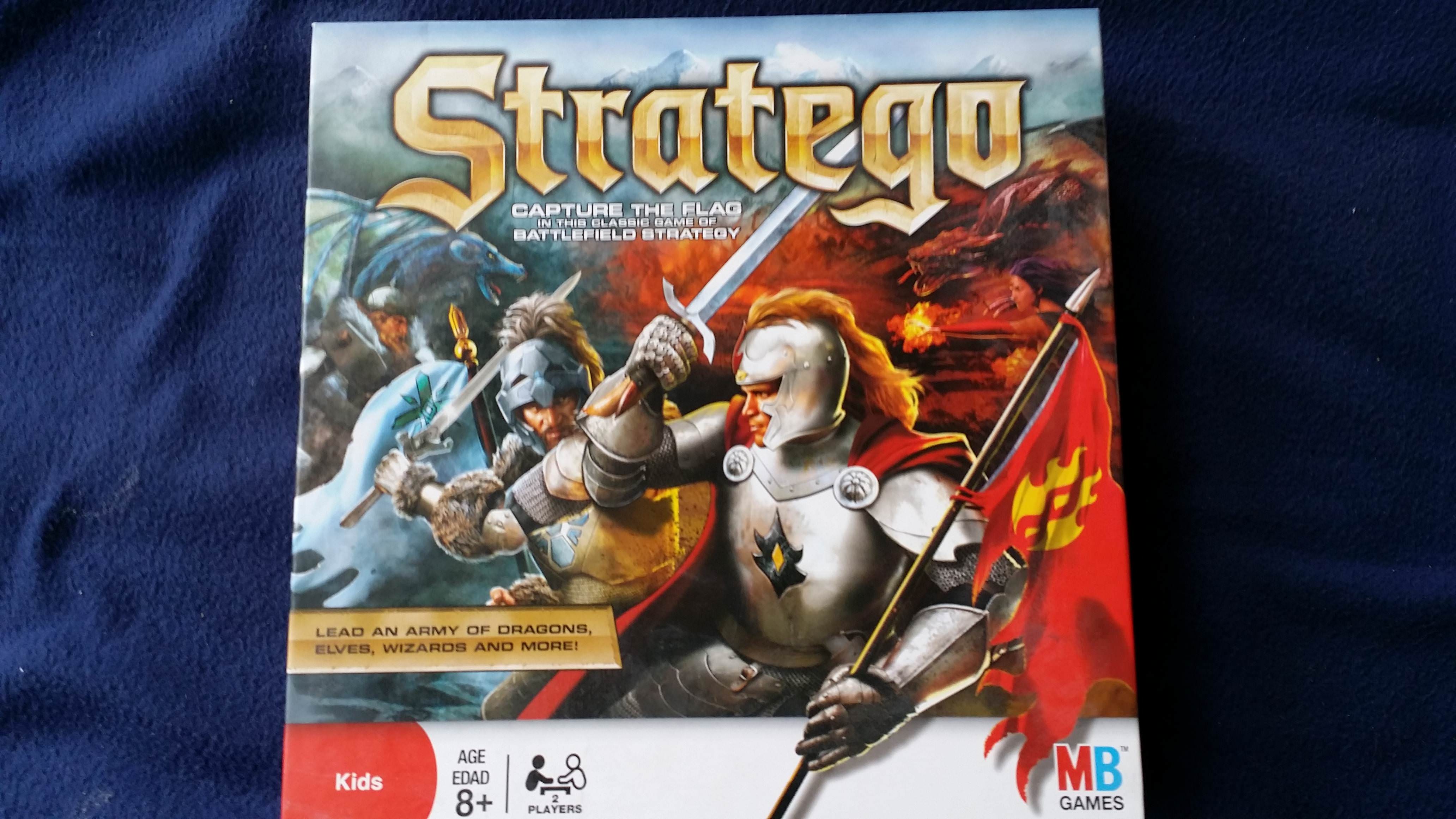 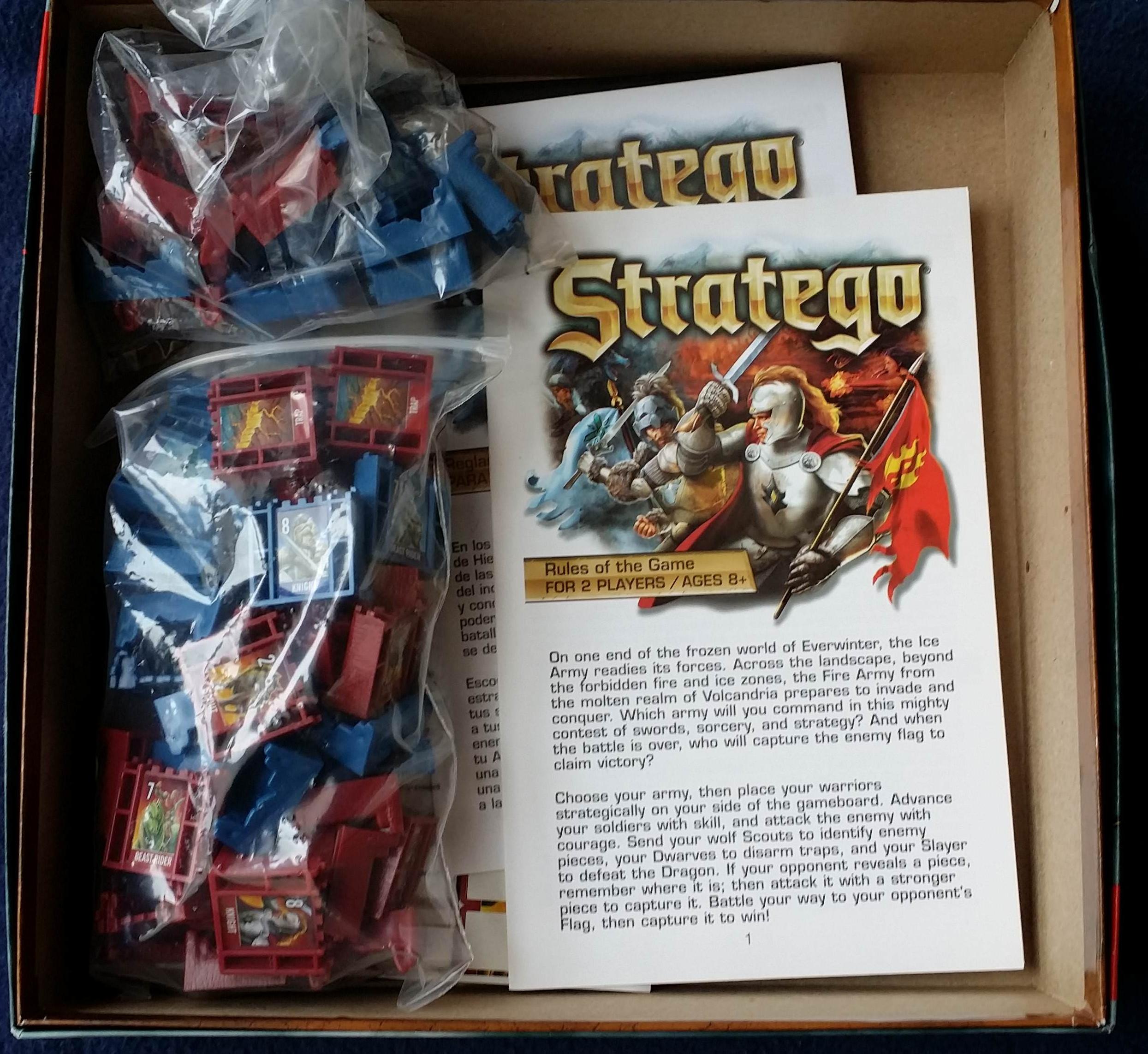 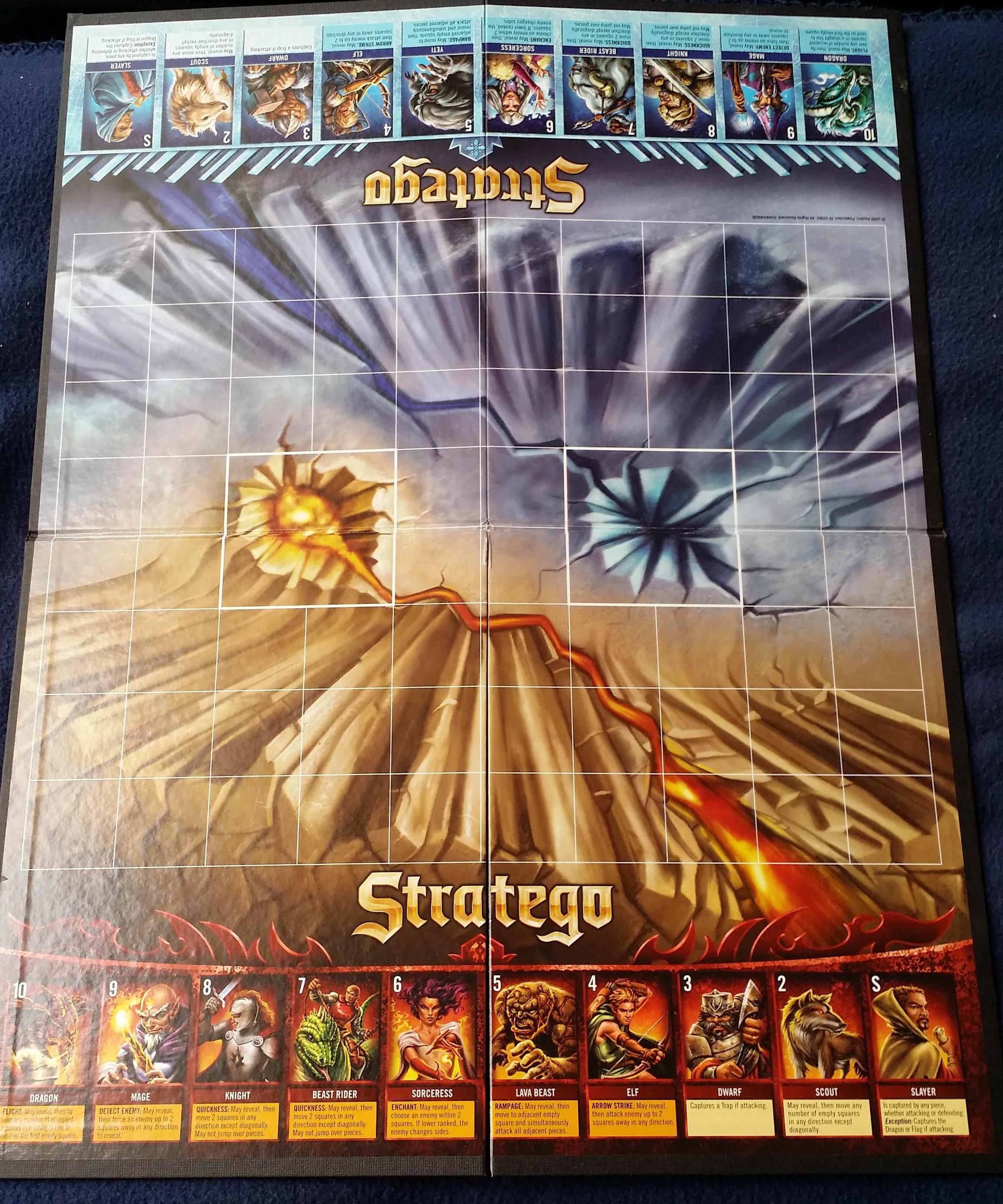 More dragons. Lead an army of dragons, elves, wizards and more is what the front side of the box says.

No idea where I got this, maybe from California. The rules are different compared to Classic, the theme is fire and ice on the frozen world of Everwinter. The pieces have special abilities compared to the base game. These abilities are written out on the edge of the board.

This is another mint.

Board: Red and blue