61 replies to this topic

3 Withdrew or were ineligible before the start, leaving 76 starters.

in group results there are 73 players played their games http://forum.strateg...results-tables/ . This is why I consider the final participation in number 73

In that case, barring any withdrawals, just one more sign up is needed to make the new online world record.

If there is anyone on the fence reading this, get your name down to create history...

Yes, well, I am always up for such. You know that, Theo. But instead all credits go to Marcaurele we got a special report from, filing for the tournament:

i am in from belgium

i am in from belgium

The number now is 73 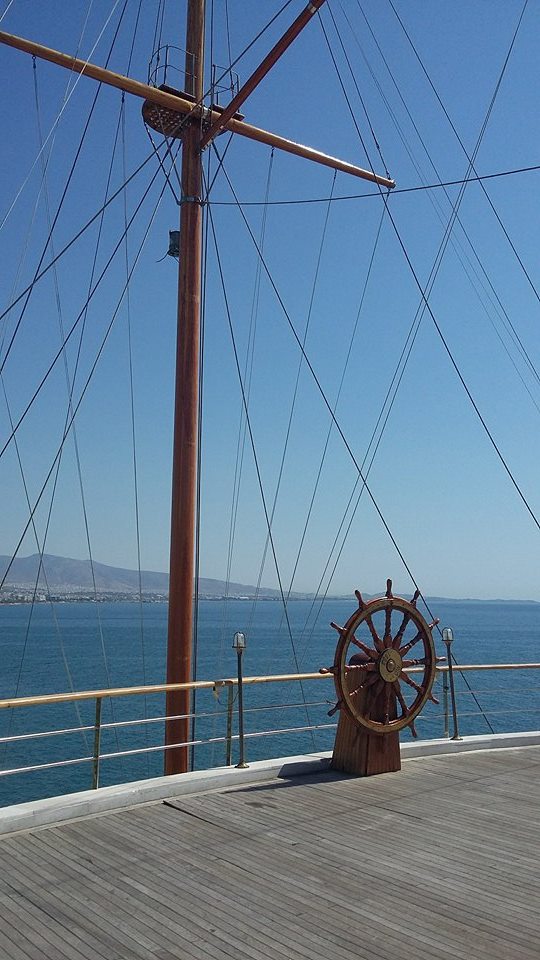 30 min left if there is anyone else interested to join this spectacular event ...

Dear players,
The 3rd WCO has begun! The WCO team is very pleased and honored by the amount of sign ups this year. Thanks for the trust and making this event as great as possible. With 74 sign ups and 10 different countries the original goal of uniting the playerbase, both on- and offline, worldwide, seems to be succesful iniative.

You can find the first round pairings at:  http://forum.strateg...und-1-pairings/
Have fun!
WCO Team

And some more news from the WCO here: we will organize another edition of the Stratego Wizard to celebrate this record breaking WCO3.

The Stratego Wizard is a skill quizz that shows how much people know about Stratego. It will involve predicting matches and other things relating to Stratego and the WCO tournament.

We are planning 4 or 5 rounds only for this quizz and everyone can attend. This means you don't have to participate in the WCO to play in the Wizard.

As soon as the rules for this edition of the Wizard and the first questions for this quizz are prepared it will have its own thread.

As one of the organizers I am very happy that we hit 74 players.

It is extra nice that the last player was eddiemo0915, we discussed admitting him to the tournament because he is clearly experienced enough to use the www.stratego.com interface , but he did not have the 250 ranking yet on Thursday.

However he managed to hit 256 before the end of the signup period and signed himself up with his forum account like all other admitted players. A warm welcome to him from me in his first WCO and as the golden player!

If you want to put a smile on his face and reward his effort to get his rating up in time, please like this post. I am pretty sure he will read it.

With a few more days to go , the signups hit now well over 60. At the moment a few players that signed up did not meet the criteria.

They didnt use their forum account or did not have 250 rating yet.

The reason we ask for those, is to make sure that

1 People know how to use their forum account, all communication for the WCO goes via private threads for all games played

2 Players are aware of the interface of stratego.com. 250 ratings means they have played some games. Some players that just registered could be excellent live players, but to play in the WCO we use the site and it takes a few games to get used to the pieces, the way the mouse cursor works with selecting pieces etc.

Im looking forward to what seems to be the biggest WCO yet.

An proposal for the future:

To participate at a tournament you can change the rule as any player has to play 10 games on 'stratego.com' or must have a minimum rating of 250. On this way an experienced stratego player can enter very easily in the tournament and have after the played games the experience - mouse moving, use pieces, setup, .... - of 'stratego.com' to play here (an interested player who was uncertain will play some games more for his own).

The only thing that doubles if you share it with somebody was happiness.

We're always looking for ways to improve the WCO. The WCO team itself wasn't happy the way this rule played out - you can expect it to be altered for next year's WCO.

22 out of 37 first round matches were played within the first week of the WCO. For more info see : http://forum.strateg...und-1-pairings/

Special mention goes to the return of the WCO Wizard, check out http://forum.strateg...go-wizard-wco3/ for more info

This will be an exciting week for WCO3 content. The new pairing for round 5 just went up, new questions for the Stratego Wizard and there will be 2 interviews published shortly.

Looking at the current standings we see many interesting battles ahead for the 6th round of the WCO Some interesting things about the top 5 games this round:
Unladen Swallow

First we have the only two players who have not yet lost any points facing off against eachother. Unladen has beaten 2 Dutch top players already this tournament.
Hielco

Next we have Hielco being paired up against the 3rd undefeated (1 draw) player so far. Hielco has not beaten any Dutch player yet this WCO, while Nortrom has not played against any Dutch player this WCO so far.
Overlord_98

Our 3rd game of this round will be Overlord taking on Napoleon, according to our archives this will be the first time these two meet in a tournament.
KARAISKAKIS

Next game will be a match that has been played twice during tournaments (according to the archives), with KARAISKAKIS being the victor twice. Can KingTubby turn the tides? KingTubby has played 3 German players in a row, followed by two consecutvie games against Greek players, this will be the 3rd consecutive game against a Greek player.
Aris1970

Last we have Aris1970 against Malcom.jansen who is playing his first WCO (and tournament?) ever. Looking at the most recent clean ranking we see that Malcom.jansen has quickly climbed the ranking. Three out of four Aris victories were against his fellow countrymen, while his only lost game was against a Dutch player. Malcom had a rather diverse mix of opponents, 1x US, 1x GR, 1x NL and 2x BE
Let us hear your thoughts about upcoming games and don't forget to read the latest interview with Texaspete09

Round 9 preview
With 8 potential champions we enter the end stages of the 3rd WCO, is it Gkaros who will defend his title? or will someone else take it away from him?
KARAISKAKIS

The current #1 of the standings, KARAISKAKIS, takes on the current #2, Nortrom. This match will most likely decide who will play for the title in the last round. The current tournament score between these two players is 6-0 in favor of Nortrom, however KARAISKAKIS is currently playing one of his best tournaments in his Stratego carreer so the outcome will be unpredictable.
Hielco

Next we have the guy hoping for a draw on board 1, Hielco, taking on Master_Mind. The current score between these two Dutch players, in tournaments is 2-0 in favor of Hielco with their most recent match being not too long ago in the winter tournament. We suggest Hielco best not underestimate his opponent who recently has had some good results in live tournaments.
Gkaros

The next upcoming battle will be between the winner of the 2nd WCO, Gkaros and Napoleon 1er who recently sent playa1 to the rehab bracket of the winter tournament. Records show that these two have not yet met in a tournament, as both players have accumulated 38 points thus far, we are curious to see the the result between these two. Will Napoleon be eliminated from the title race, or will Gkaros's hopes of succesfully defending his title shatter?
Unladen Swallow

Last but not least we have Losermaker taking on Playa1, while Losermaker has been eliminated from the title race, he must still take the win from Playa1 should he hope for a top 3 ending. For playa1 this is an absolute must win match if he wants to have a slight chance of taking the WCO title home. Losermaker being one of the happy few having a 2-1 tournament score over Playa1 thus far, this appears to be yet another promising, unpredictable match. 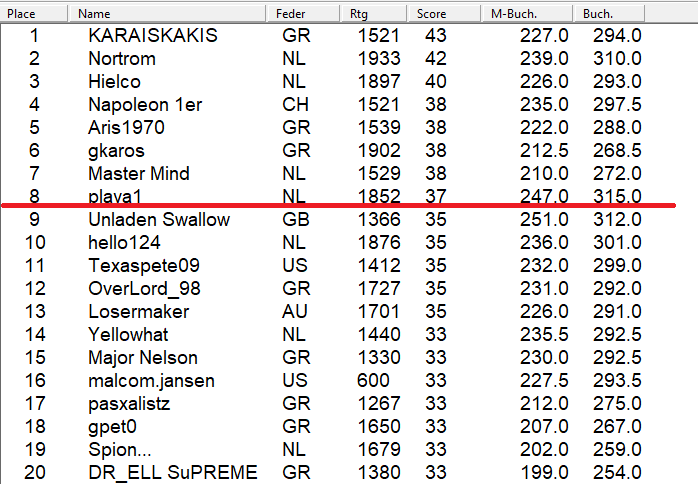 How can playa1 still win the tournament? He can get at most 43 but in case of a draw between KARAISKAKIS and you, the former gets to 46, no?