Patras Stratego Team will organize the Patras Battles tournament. The tournament is going to attract the stratego interest in Patras(GREECE).

One Junior tournament, one Open and the main event: Patras Battles 2017, will increase the playfulness for Stratego to high.

That means that the players of Patras Stratego Team will face great opponents and we will watch superb games.

A player in order to participate to Patras Battles 2017, should already played at least in one tournament recognized by ISF or to get a pass from Open or Junior tournament.

Invited players that confirmed our invitation:

The tournament will take place in "Agora Argyri" and for your accommodation, you can choose a special offer for the tournament players by 40euros per night for double room with breakfast.

We hope to see you in Patras battlefield.

Looking forward to meet great Greek opponents on the Patras battlefield! And there is more news: also Dutch player Anjo Travaille (nick: Garulfo) will join the tourney. He is in the top 10 of the world ranking. 4days left for the Patras meeting!

A massive thank you to Patras Stratego Club for organising such an impressive tournament. I was struck by the friendliness of everyone involved and their desire to accommodate and help out wherever possible. It was a pleasure to meet so many of you that for me had only existed online (and many who were entirely new to me) and it was evident that so much time had been invested by many people.

Now I have sampled the taste of a live tournament I strongly urge those who haven't done so to 'cross the water'. This made-up expression can be literally applied as I look forward to meeting some of you again for the World Championships in Marmari.

Again (Palley in Greek) thank you to all those involved (especially dalee) for a wonderful experience :-)

Indeed it was an impressive tournament!!! Really proffesional work from Patras team . Thx guys for this wonderfull experience.

Congrarts to Charlie for his first trophy in his first live tournament. I am looking forward to meet you all this August in the WC in Marmari

! Now with Greece not being any hurdle it's probably a small step to play the London tournaments as well

And most important, form the British team with the Brits I contacted you with. Would be a lot of fun to see you form another strong country. Now all we need next is the Americans to join the cause

Hi all,
Also from my side a big thank you to Patras Stratego team and especially Giorgios (dalee)! I enjoyed playing fanatic and enthousiastic Greek players that pushed me to the limit. Great organisation and a warm stay in Patras.
Greets,
Tim / playa1

Patras Stratego Team organized for the second consecutive year the great Patras Battles tournament, giving this year an international dimension to the entries of the contestants. The co-organizer was the "Ekfrasi" Cultural Association of Eglikada. The Patras Battles 2017, which was included in the official calendar of the International Stratego Federation (ISF), took place at the Agora Argyri in Patras on the weekend of 29-30 April, in a very beautiful atmosphere both by the organizers and participants and by the many spectators.

The top player Tim Slagboom,  the upcoming Charlie Palley and the Greek champion 2016 Ioannis Vandoros honored the tournament with their participation, accepting the special invitation they received. In addition to the special guests, part of the main event, took part some of the best Greek players and most players of the Patras Stratego Team. Since the early hours of Saturday, there has been a lot of action due to the Junior for the young generals started, as well as the Open tournament for beginners and new players. From the younger ages to the older, all behaved fairly. In the Open, Koutsocheras John won the first place, leaving Karras John second in the final. Pilalis Christos of the Athens Stratego Team won the third place in the small final against Solou Konstantina. In fact, to main event "Patras Battles" players from both, Open and Junior, qualified, which gave them the opportunity to gain experience against strong opponents.

Educational gifts were handed out to our young friends from “To Donti” bookshop and a free coffee card was given to the first three winners of the Open, from "coworking space POS 4 Work".

At the end of the Open and Junior, all competitors from Patra, from the other Greek cities and friends from abroad arrived at noon on Saturday. Central figures were none other than our three official guests, John Vandoros (Greek Champion), Tim Slagboom (Dutch Champion), Charlie Palley (England) hosted at "Delfini" Hotel.

The main theme of welcome ceremony for our guests was the city of Patras, information about the Team and presentation of the guests themselves. A greeting from the side of the Municipality of Patras was made by Georgakopoulos Elias, President of the Athletic Committee of the Municipality. Detailed information about the Stratego World Championship 2017 was provided by Adamakis Gregory, representative of the Athens Stratego Team. Then all the players were dealt with the participation cards.

Patras Battles followed the Swiss Perfect tournament system with seven rounds. On Saturday, 3 of the 7 rounds took place and the high competitiveness brought surprises in the first rounds, leaving no one to predict the outcome. In the evening, Patras Stratego Team organized a dinner at the "Vosporos" restaurant with delicious appetizers, plenty of tsipouro and local flavors.

Sunday was the important day for the tournament’s classification. The main menu was four battles for each contestant.

In the mid-break a special draw took place for a stylish glass bow tie, sponsored by Vetro, won by Alexia Kokkinovassili. It is worth mentioning that Charlie Palley won the Trophy, sponsoring by the "vitro-fushing Anassa" workshop counting six wins, making his only defeat by the Patras Stratego Team player, Konstantinos Tsigkounis.

At the same time, in the tournament area, the Patras team had a very beautiful exhibition with various special stratego editions, as well as a presentation of photos from its action as well as past tournaments.

Also, an honorary painting exhibition of the late Ioannis Tripanagnostopoulos, father of the organizer George was held, as a minimum tribute, of his maximum offer to the Team. This was the beginning of a series of exhibitions that will portray the work of the artist and will continue to promote his ideas. Western's Greece TV channel “SuperB” brought the feel of the tournament through the TV. The “Peloponnese” newspaper and the “Tetarto” magazine with constant articles informed Patras throughout the week about the activities to be held in Patras Battles 2017. Also, the Wave97.4 radio station supported the event.

The arbiter team was composed by Dimitris Frantzis, Thanasis Barsakis. And George Voerakos, working perfectly and managing well all categories. The Red Cross has covered the entire tournament with a continuous presence, with the most thanks of Patras Stratego Team. The appearance of females was satisfactory, reaching six in the total of participants.

Many thanks to the Municipality of Patras for the concession of the place, but also to the employees of the Agora Argiri for the support and in some cases of the voluntary overrun of their working hours.

Important was the contribution of the Athens Stratego Team (a member of the Hellenic Stratego Association ) with the use of a 6 stratego boards to cover the major requirements of the tournament.

Pleasant news was the announcement of the creation of a new team in Pyrgos Ilias, by the former Patras Stratego Team player, Thanasis Koustenis.

The big meeting is now for August 18-20, in Marmari, Evoia Island, for the 2017 World Championship. Various Open Tournaments are expected before World Cup in Greek cities for the preparation of Greek players. Very nice to look back at the photos. Thanks for the very good organisation and see you in Marmari :-) !

For the year 2018, Patras Battles will give place to 4th Greek National Championship 2018. Patras Battles 2019 will be an amazing International Tournament, with great challenge for the players and impact to International Stratego! For the first time in Patras, the Greek Stratego Championship is organized in the two categories, Senior & Junior. The event which will be held from Friday 20th to Sunday 22nd of April 2018, at the Municipal Library of Patras and at cafe "To Neon",  will be under the responsibility of Hellenic Stratego Committee, Patras Stratego Team and the cultural club Eglykados "Ekfrasi".

On Friday at cafe "To Neon", the Junior category will begin and will be completed on Saturday morning at the Municipal Library. Then the opening ceremony will take place at Georgiou I Square (central square of the city), with the Junior category awards, the presentation of the main Senior players and teams and a big-scale Stratego demonstration match by the Champion of Greece 2017, John Vandoros and the second winner of 2017, Charalambos Stanitsas. The Senior category will begin on Saturday at noon and will end on Sunday afternoon with the closing ceremony at the Municipal Library.
In the place of games will be held a Stratego board exhibition of our team.
For the organization of the 4th Greek Stratego Championship 2018, contributed significantly the e-shop "efantasy.gr", the cafe "To Neon", the "Το Donti" bookstore, the photocopying center "copy25", the toy stores "To Paixnidi", the "Chess Center of Greece",
the "CustomPrints" print shop and the "Anassa" Vitro-Fushing Laboratory.
Entries are open until Wednesday, April 18, on the online form:  https://goo.gl/forms/BO8ZxYX4rh9a7FLf2.
Useful information and service can be found on the Patras Stratego Team's Voluntary Support Team page on the facebook: Strategeiras
Communication sponsors are TV station "SUPER B", radio station "Wave97.4", magazine "Tetarto", newspaper "VPRESS",
newspaper "Match Achaias", information pages "imerisios.gr", "dytikosaxonas .gr and the "happyweek.gr" events site. 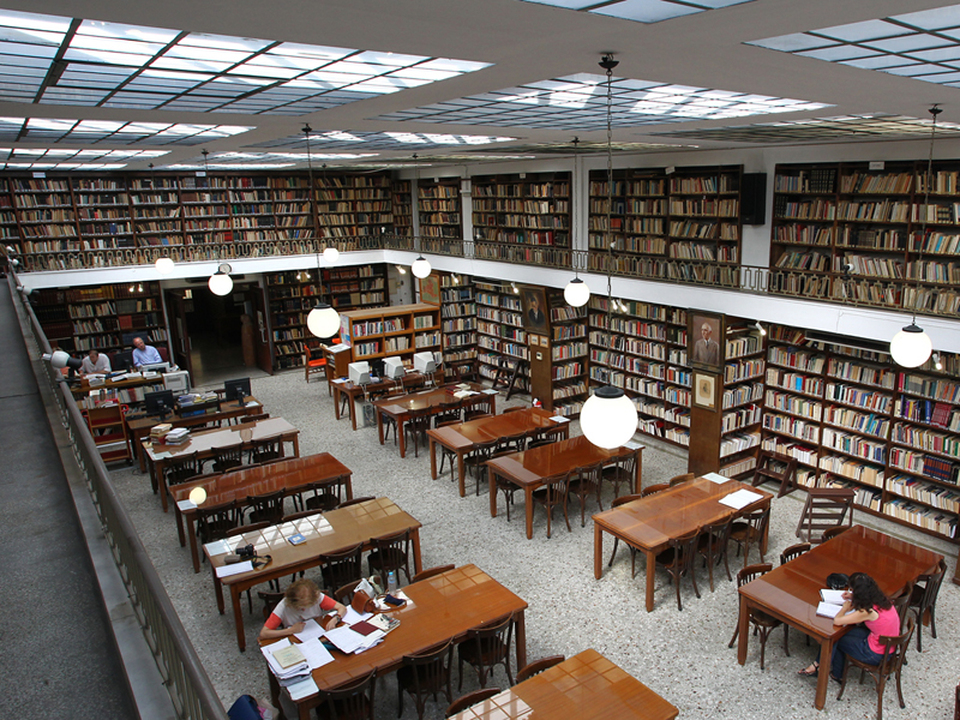 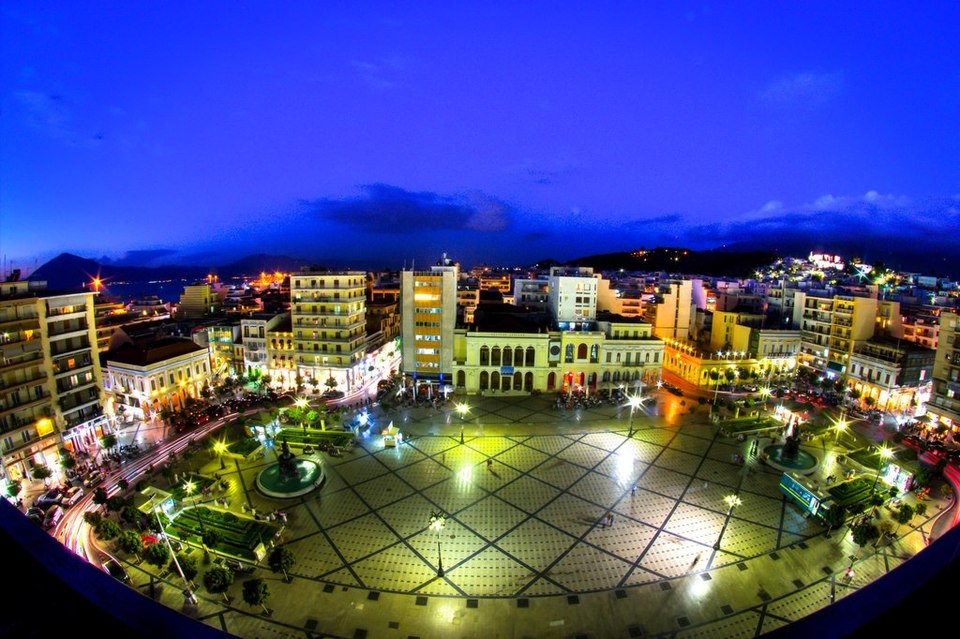 You can watch it with Subtitles by clicking the button

You can watch it with Subtitles by clicking the button